All is well. You can fully trust corporations that have only one interest: Profit! 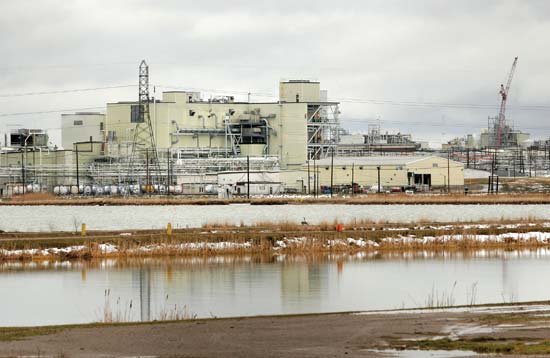 Of some 84,000 chemicals being used commercially in the United States, some 20 percent — or 17,000 — are kept secret not only from the public, but from medical professionals, state regulators and even emergency responders, according to a report at the Washington Post.

And the reason for this potentially harmful lack of openness? Profit.

A 1976 law, the Toxic Substances Control Act, mandates that manufacturers report to the Environmental Protection Agency any new chemicals they intend to market, but manufacturers can request that a chemical be kept secret if disclosure “could harm their bottom line,” the Washington Post reports.

Because they are secret, it’s impossible to tell how many of the 17,000 chemicals are potentially harmful to people. But the Post notes that, in March of last year, more than half of the “substantial risk” reports filed with the EPA involved secret chemicals.

And chemical makers may be abusing their privilege under the law. According to the EPA, in recent years 95 percent of manufacturers’ reports of new chemicals have made some request for secrecy. Ten of the secret chemicals are used in children’s products.

The Post reports that Congress this year will tackle reform of the 1976 law.

EPA head Lisa Jackson has begun an effort to increase transparency in commercial chemicals. The EPA recently announced it is creating a “Chemicals of Concern” list, which will detail substances that “may present an unreasonable risk of injury to health and the environment.” The power to do that was granted to the EPA under the 1976 law, but has never been used before.

Jackson says the 1976 law is both outdated and in need of reform. The decision to list the chemicals further signals “this administration’s commitment to aggressively use the tools at its disposal under TSCA,” she said.

“At the same time,” Jackson said, “I will continue to fight for comprehensive reform of the nation’s outdated chemical management laws that ensures a full assessment of the safety of chemicals on the market today and effective actions to reduce risks where chemicals do not meet the safety standard.”

“Chemical safety is an issue of utmost importance, especially for children, and this will remain a top priority for me and our agency going forward,” said Jackson, who is a mother.

In a press release, the EPA noted that, since the 1976 law was put on the books, the number of listed chemicals used in the US has increased from 60,000 to more than 80,000, but the EPA “has only successfully restricted or banned five existing chemicals and has only required testing on another two hundred existing chemicals.”