A small Chinese power generator possesses the impudence to challenge Goldman, who is doing ‘God’s work‘!

Message from China to Goldman Sachs: 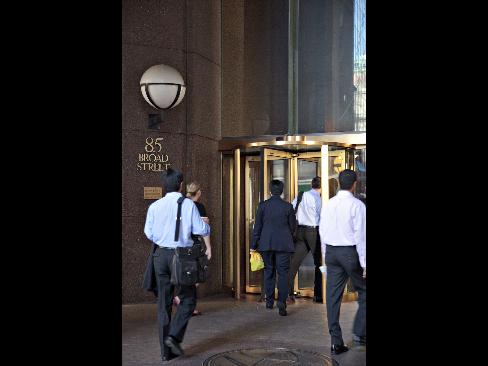 BEIJING, Dec 29 (Reuters) – A small Chinese power generator on Tuesday rejected demands from a Goldman Sachs unit to pay for nearly $80 million lost on two oil hedging contracts, part of a long-running dispute over how China deals with derivatives losses.

Goldman Sachs (GS.N) was one of the foreign banks, along with Citigroup (C.N), Merrill Lynch and Morgan Stanley (MS.N), blamed by the state assets watchdog for providing “extremely complicated” and difficult to understand derivatives products. [ID:nPEK242617]

Shenzhen Nanshan Power (000037.SZ) (200037.SZ) said in a statement that it received several notices from J. Aron & Company, a trading subsidiary of Goldman Sachs (GS.N), for at least $79.96 million as compensation for terminating oil option contracts.

“We will not accept the demand by J. Aron for all the losses and related interests,” said Nanshan, in line with the stance it took last December.

“We will try our best to negotiate with J. Aron and resolve the dispute peacefully…but the possibility of using a lawsuit can not be ruled out when talks fail,” it added.

“J. Aron told us in one notice that if we do not pay the money, they will reserve the right to launch a lawsuit and will not send us any further notice.”

The State Assets Supervision and Administration Commission said in September that it would back state-owned companies in any legal action against the foreign banks that sold them oil derivatives, which resulted in losses when oil prices dived late last year. [ID:nPEK14474]

Nanshan said in October last year that two oil option-related contracts with J. Aron were signed by its officials without authorisation from the company. In December 2008 it said in a statement it had terminated the deals, and that it would not accept J. Aron’s demand for payment.

So far no legal action has been taken and many lawyers and industry analysts believe that Chinese firms and their foreign banks are quite likely to settle their disputes privately or through arbitration, similar to a handful of previous cases in the mid-1990s.

Only 31 firms are authorised in China to trade derivatives directly in the overseas market and the regulators started strictly prohibiting others from such trading since early 2009 after losses were exposed.

SASAC said last month that it had suggested companies without overseas derivatives trading licences trade on the domestic market or through domestic financial institutions.