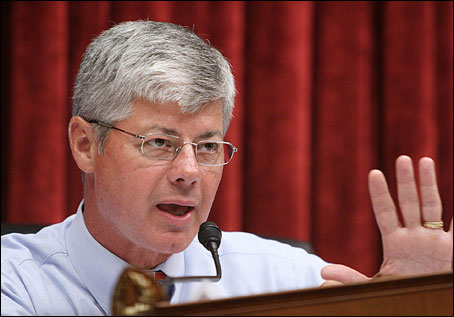 Michigan Democrat Bart Stupak predicts Obamacare will go down in flames because the Senate bill differs too much from the version passed by the House to be accepted.

“If they expect the House to accept the Senate bill, it’s going to go down in flames,” Stupak told CNSNews.com.

Stupak said he would not vote for a bill that resembled the one the Senate is set to be passed later today.

“The Senate bill will not receive support in the House,” Stupak said. “If they tell us we have to take that bill without changes, it will not survive the House. Regardless of the abortion language, there are just too many objectionable items in there that at least I see, and in talking with maybe a half-dozen other members, they sort of see the same thing.”

Stupak objects to provisions in the Senate version that allow special “carve outs” for certain states for increased funding for Medicare/Medicaid. People like Sen. Ben Nelson (D-Neb.) and Sen. Mary Landrieu (D-La.) have received hundreds of millions of dollars in additional Medicaid benefits for their states in exchange for their votes for the Senate bill.

“All the rest of us that live in states that did not receive that exception, why would we [be] inclined to give Nebraska or Florida or Louisiana a special break underneath the bill and expect the rest of us to pay for it?,” said Stupak.

GOP Attorney Generals have hinted that they could explore legal challenges to the bill if such carve outs remain in the final Senate version.

Stupak pointed out that the Senate version of the bill benefited virtually nobody.

“If you just take a look at my three main constituencies – Right to Life, labor unions, and senior citizens – the Senate bill is contrary to all their interests,” he said.

Stupak’s amendment, which featured in an earlier version of the bill, to bar taxpayer money from funding abortions under government health care except in cases of rape, incest, or when the life of the mother is in danger, was watered down for the Senate version, which does not contain an outright ban on taxpayer money going to fund abortion.

“Even if they fixed the abortion language, if it’s the Senate language, I have to vote for – I’m not voting for it,” said Stupak.