– Can theft be condoned if it’s done by the poor and needy? (WalesOnline)

– Father Tim Jones was helping himself, but not helping the poor (Telegraph)

– Priest: Thou shalt not steal (unless it’s from big business) (CNN)

What if I am correct and this is the Greatest Depression?

What will thousands upon thousands of people do if they have nothing to eat? 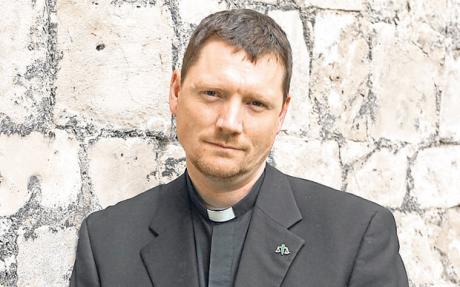 LONDON — For a priest in northern England, the commandment that dictates “thou shalt not steal” isn’t exactly written in stone.

The Rev. Tim Jones caused an uproar by telling his congregation that it is sometimes acceptable for desperate people to shoplift — as long as they do it at large national chain stores, rather than small, family businesses.

From his pulpit at the Church of St. Lawrence in York, about 220 miles (355 kilometers) north of London, Jones said in his sermon Sunday that shoplifting can be justified if a person in real need is not greedy and does not take more than he or she really needs to get by.

The remarks drew a summons from Archdeacon Richard Seed, who said on his Web site that the church rejects the view that shoplifting can be acceptable.

“The Church of England does not advise anyone to shoplift, or break the law in any way,” he said.

“Father Tim Jones is raising important issues about the difficulties people face when benefits are not forthcoming, but shoplifting is not the way to overcome these difficulties. There are many organizations and charities working with people in need, and the Citizens’ Advice Bureau is a good first place to call,” Seed’s statement said.

Eleanor Course, a spokeswoman for Seed, said the archdeacon wants to meet with Jones to discuss the “appropriateness” of his sermon.

“The point we are most concerned about is that shoplifting is simply not a blameless, victimless crime,” she said. “We want to make clear that it simply doesn’t help people. And the last thing a desperate person wants is to be caught for shoplifting, so we feel this advice is very unwise.”

Jones told The Associated Press that he stands by his comments. He said he regretted only that the media is focusing on his view on shoplifting rather than the underlying problem he wanted to address.

“The point I’m making is that when we shut down every socially acceptable avenue for people in need, then the only avenue left is the socially unacceptable one,” he said, adding that people are often released from prison without any means of support, leading them back into crime.

“What I’m against is the way society has become ever more comfortable with the people at the very bottom, and blinded to their needs,” he said.

He said shoplifting could help people who are legally entitled to government welfare benefits but have the benefits delayed for bureaucratic reasons.

This approach was quickly rejected by members of the British Retail Consortium, a prominent trade organization trying to reduce theft.

“It’s the job of our welfare system, which retailers support with the billions they pay each year in tax, to help vulnerable people,” said spokesman Richard Dodd. “There are no excuses for stealing.”

The North Yorkshire Police also condemned Jones’ approach as counterproductive because people already in marginal conditions would find themselves in trouble with the law if they resorted to shoplifting.

“First and foremost, shoplifting is a criminal offense, and to justify this course of action under any circumstances is highly irresponsible,” a police statement read. “Turning or returning to crime will only make matters worse, that is a guarantee.”

People in need should turn to charitable organizations and government agencies for help, rather than take matters into their own hands, the police said.

“To do this would make the downward spiral even more rapid, both on an individual basis and on society as a whole,” the statement said. 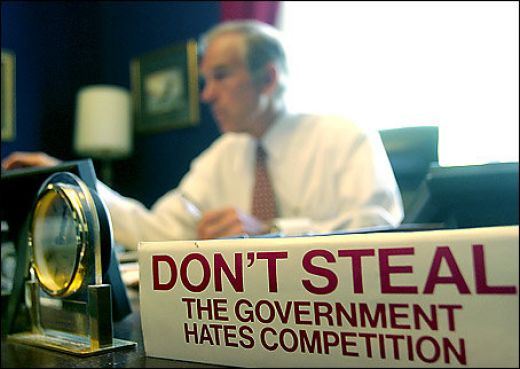 From US Rep. Ron Paul’s desk.