– IAEA: U.N. inspectors found ‘nothing to be worried about’ at Iran site

– Putin warns against attack on Iran 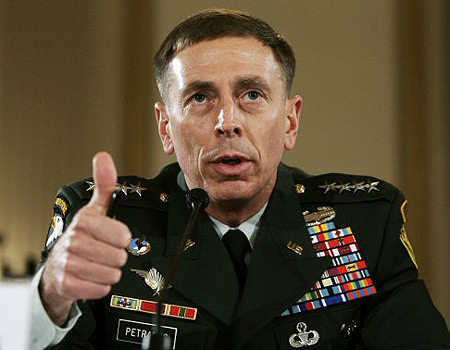 WASHINGTON – The United Arab Emirates, a key US ally in the Persian Gulf, has the capability to overpower Iran’s Air Force, US Centcom commander Gen. David Petraeus said last week.

Speaking at a conference in Bahrain organized by the International Institute for Strategic Studies, the American general said, “The Emirati Air Force itself could take out the entire Iranian Air Force, I believe, given that it’s got … somewhere around 70 Block 60 F-16 fighters, which are better than the US F-16 fighters.”

Petraeus, who is responsible for overseeing the wars in Afghanistan and Iraq and security efforts throughout the region, called on the region’s countries to remain united in order to curb Iran’s nuclear ambitions.

In light of the growing Iranian threat, said the general, the US has increased its participation in joint military drills held in the Middle East.

Tensions between Washington and Tehran intensified this past week after the Islamic Republic announced it had test-fired the latest version of its Sajjil-2 long-range missile, a weapon capable of hitting Israel and Europe.

The White House said Wednesday that the test undermines its insistence of peaceful intentions and will be looked upon seriously by the world.

“Such actions will increase the seriousness and resolve of the international community to hold Iran accountable for its continued defiance of its international obligations on its nuclear program,” he added.

Iran’s President Mahmoud Ahmadinejad lashed the United States this week as an oil-addicted warmonger and insisted every nation have access to “clean and renewable energy sources”, including nuclear.

“For about a century, oil has constituted the basic and strategic components of US security foreign policy, the same role it played for the previous empires,” Ahmadinejad said Thursday at the UN climate talks in Copenhagen.