Oil wealth was the secret saviour of the economy, but no longer 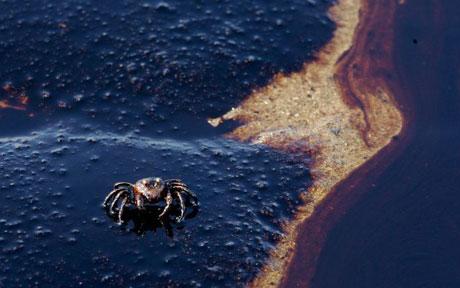 Production of North Sea oil has halved in the past decade Photo: EPA

What was the industry that powered Britain towards prosperity in the 1980s, and made us one of the most dynamic and successful nations in the Western world? I’ll give you a clue: it was described by a prime minister as “God’s gift” to the British economy; its revenue stream pumped ever larger amounts of cash into the Exchequer – and its subsequent collapse has helped send the public finances spiralling towards disaster.

If your first reaction was “the City”, think again. The answer is North Sea oil. One of the peculiarities of British politics – and economics – is the reluctance to take into account the critical contribution of oil to the economy. We spend so much time droning on about our excessive reliance on the financial sector that we tend to ignore this elephant in the room. But the truth is that, for the past quarter of a century, Britain has been a petro-economy. In 1999, we were producing more oil than Iraq, Kuwait or Nigeria. The following year, we pumped out almost twice as much natural gas as Iran – a country with reserves that are the envy of the world.

The result is that while we are apt to attribute the sudden spurt in Britain’s prosperity in the mid- to late-1980s to a deregulated and reinvigorated City, it owed far more to the massive windfall from the North Sea. Take a look at the numbers. In 1979, when Margaret Thatcher came to power, the amount Britain owed, as a nation, was £88.6 billion. In the subsequent six years, taxes from the North Sea (which had been pretty much non-existent previously) generated an incredible £52.4 billion.

This was no temporary windfall: last year, thanks to record oil prices, the Treasury had its largest ever haul from the North Sea, at £13 billion. This colossal sum equates to more than 3p on the basic rate of income tax – and it was thanks in great part to such revenue that Labour was able to sustain public spending in recent years without a drastic increase in interest rates or having to pass the extra costs on to consumers in the form of higher taxes.

The benefits went far beyond the public finances. Were it not for the cushion provided by oil exports, the deficit in Britain’s current account – its international ledger – would have been one of the worst in the Western world. Moreover, much of the massive rise in business investment in the years before the financial collapse was due entirely to spending in the North Sea. In short, without oil, recent history would have been vastly different. Growth would have been weaker, consumer spending less and the public finances decidedly more parlous. That’s not to say Britain would have been an economic pygmy – just that oil is a luxury that has permitted us to live much more comfortably.

There are two problems, however. The first is that the stuff is running out. Production of North Sea oil has halved in the past decade; Britain has gone from being comfortably self-sufficient in oil and gas to being a net importer. This means the UK is now doubly sensitive to an increase in oil prices, and to any potential breakdown in energy supplies: witness Russia’s brief and terrifying interruption of most of Western Europe’s gas imports a couple of years ago.

The second issue is that since the oil arrived, we have treated it not as a luxury but as a staple of economic life. Unlike the Norwegians, who diverted a slice of their North Sea revenues into an investment fund designed to provide for them when the oil started to run dry, chancellors of every political hue treated North Sea taxes as current income.

This was a mistake. Norway’s prudence has helped it withstand this crisis and establish itself as the Switzerland of the 21st century. Even worse, treating the oil money as a permanent asset rather than a temporary benefit has left us ill-prepared for its decline. But declining it is.

So serious is this problem that some are inclined to see it in apocalyptic terms: Jim Rogers, a renowned investor, has predicted that the demise of the North Sea will send the pound crashing downwards, taking the UK into banana-republic territory. It is not hard to see what he means. This year, the Government’s revenues from oil will almost halve, partly due to lower oil prices, partly to the inexorable decline in activity as old fields become exhausted.

This need not, however, be the end of the world. Britain is not alone: the International Energy Agency forecast late last year that oil supplies would soon be in decline across the world. This, plus the pressure imposed by environmental reforms, means that everyone, Britain included, is attempting to wean themselves off the black stuff.

The likelihood is that as alternative sources of energy are harnessed over the coming decades, oil will become comparatively less important. Carbon trading, a nascent market at the moment, will grow and grow – and the City just so happens to be the centre of the trade. If we get our strategy right, for example by building new nuclear power stations as soon as possible, there is little reason we cannot adapt to such a world, even thrive. But first we have to face up to the brutal reality that the God-given gift of oil prosperity is about to desert us.