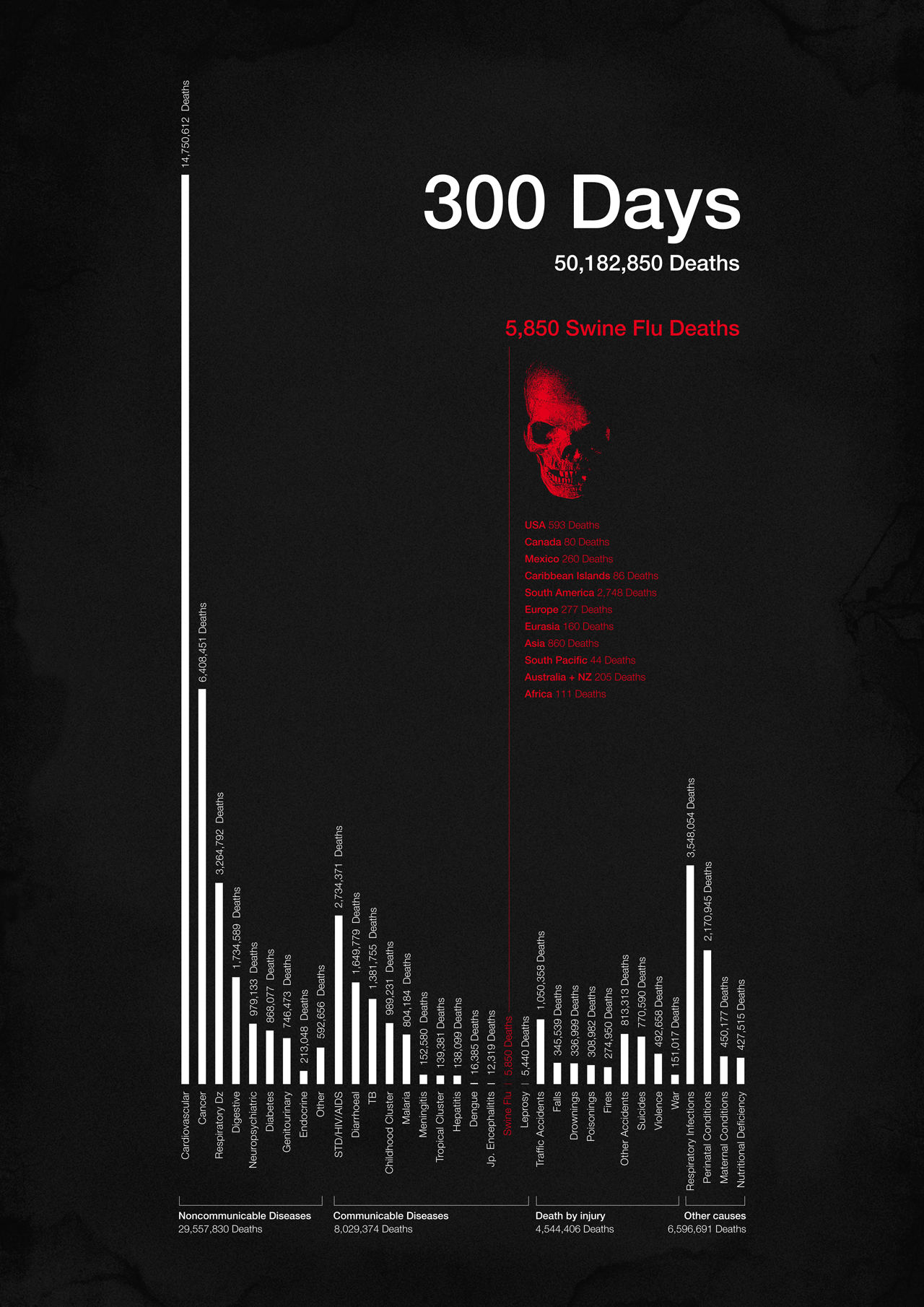 ….compare that to the number of deaths caused by swine flu in the US…

….and consider that ….
– Swine flu peaks out before vaccines make it into widespread distribution

….yet ….
– President Obama declares H1N1 swine flu a national emergency:
“Officials described the move as similar to a declaration ahead of a hurricane making landfall.”