‘Corporatocracy’ rules America or better the elite that controls those corporations rules America. That is (economic) fascism. And this is not about Republicans vs. Democrats, because they are just two wings of the same bird, puppets controlled by the elite. There is no ‘change’ or ‘hope’ in sight with the Obama administration.

Jamie Leigh Jones (born 1984)[1] is a former KBR employee who claims that seven KBR employees drugged and gang-raped her on July 28, 2005 at Camp Hope, Baghdad, Iraq.[2][3][4] She has filed a lawsuit against the company and the employees.

She is the founder of the Jamie Leigh Foundation, an advocacy agency for victims of sexual assault.

Jones began working for KBR as an administrative assistant in 2004 when she was 19, and started her contract of employment with Overseas Administrative Services, Ltd. in Houston, Texas on July 21, 2005.

According to Jones, on July 28, 2005, several of her fellow KBR employees offered her a drink containing a date rape drug, of which she took two sips. The men then allegedly engaged in unprotected anal and vaginal gang-rape upon her while she was unconscious. She was able to name one of her attackers based on his confession to her, but was unable to identify the others due to her unconsciousness. Further, the lawsuit filed by Jones’ attorneys cites the following: “When she awoke the next morning still affected by the drug, she found her body naked and severely bruised, with lacerations to her vagina and anus, blood running down her leg, her breast implants ruptured, and her pectoral muscles torn – which would later require reconstructive surgery. Upon walking to the rest room, she passed out again.”[5] Jones’ account was confirmed by U.S. Army physician Jodi Schultz.[6] Schultz gave the rape kit she used to gather evidence from Jones to KBR/Halliburton security forces, after which the rape kit disappeared. It was recovered two years later, but missing crucial photographs and notes. [7]

Jones was confined by armed guards to a shipping container containing only a bed, under the orders of her employer, KBR. She says she was denied food, water, and medical treatment. After approximately one day, says Jones, a sympathetic guard gave her a cell phone and she called her father, Tom, who in turn contacted Representative Ted Poe (R–TX) who contacted the State Department. Agents were dispatched from the U.S. Embassy in Baghdad and removed Jones from KBR custody.[citation needed]

In May 2007, a State Department diplomat recovered the rape kit from Halliburton and KBR. However, notes and photographs taken by Schultz (of Jones the morning following her rape) were missing, undermining any chances of bringing the case through the criminal courts.[8] 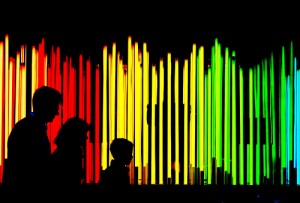 We are fast approaching the time of the next great battle over evolution. The Neo-creationists will be corporations, and they will argue that they could not possibly be descended from human beings.

This isn’t science fiction. Just the other day 30 Republicans voted in the U.S. Senate to deny justice to a human victim of rape in order to protect the so-called sovereign rights of corporations.

I’m not much for slippery slope arguments, but when we’re buried in mud at the bottom of a slope, it might be prudent to see what we slipped on. In this case, as Thom Hartmann and others have pointed out, it was a court reporter’s memo attached to an obscure 1886 Supreme Court case. The memo summarized the court’s alleged opinion that the 14th Amendment applied to corporations. Corporations were people, too.

The rape case of Jamie Leigh Jones was just a logical step forward in the long-standing Republican effort to lock Americans out of the nation’s courthouses, an effort undertaken on behalf of corporate supremacy.  A woman is gang-raped by her fellow employees at government contractor KBR. The company says her contract prohibits her from seeking justice in court.

Thirty Republican U.S. senators voted to safeguard corporations from lawsuits in rape cases. You read that right the first time. The amendment they voted against, by Sen. Al Franken, D-Minnesota, would withhold government contracts from corporations that block employees from going to court when raped or sexually assaulted on the job.

The case – and the vote – stirred a little outrage, but not enough.

Jones, of Houston, was drugged and gang raped while working in Baghdad for KBR/Halliburton. She was locked in a shipping container by the company and warned to keep quiet. She didn’t keep quiet. Franken and Senate Democrats took up her cause.

The crimes of the rapists and their protectors in the Republican Party reveal “tort reform” as one of the great political cons in U.S. history. Tort reform is the not-missing link in the evolution of corporate supremacy and human inferiority.

The decades-long GOP campaign against civil justice was just part of the effort to place corporations above the law and corporatist elected officials out of the reach of voters. Republican voter suppression was another front in the war on popular democracy.

It sickens me that Republicans could generate faux-populist resentment of wealthy lawyers to seal the public out of the public sphere so corporatists could steal, maim and kill with impunity.

Also, too many progressive organizations stood idly by as the values at the core of democracy were attacked. Where were environmentalists, civil rights groups, women’s groups, consumer associations, and campaign finance reformers when Republicans campaigned to give corporations greater legal rights than people? They were sealed away in their silos, their consciences eased by their single-mind focus on their particular issues. It didn’t seem to matter to them that their ability to actually achieve anything was being undermined by the attack on democratic institutions and core American values.

Now that we have reached the point where Republicans can argue with a straight face that rape should be overlooked in favor of corporate protectionism maybe this will change.

I think American businesses are waking up to the excesses of the extremist assault on democracy. When all the courthouses are closed, they can’t get their business-to-business contracts enforced.

I fear, though, that in many places progressives and their allies are stuck in old habits and personal grudge matches. Moderate business Democrats should finally understand that lawyers did not cause any of the policy problems they care most about:  the collapse of public education, support for higher education, a safe environment, a predictable regulatory environment. Progressive advocacy groups should wake up, too. When the public is sealed out of courthouses and capitols, all their earnest work for the environment, civil rights and health care will come to nothing.

It is a sign of our moral confusion that we are forced to have a conversation about whether a woman who has been gang-raped can go to court against her assailants. It is altogether disagreeable that we have to have it with inhuman entities that want us to grant them legal superiority in laws meant for humans.