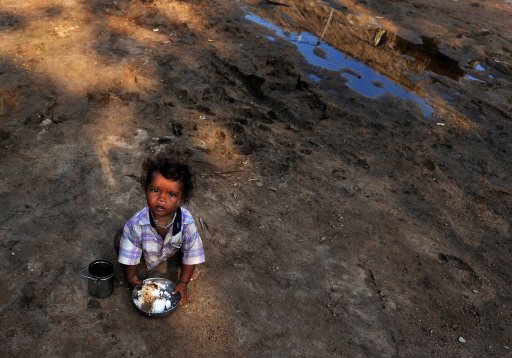 At least 1.5 million people have been displaced in the flood-affected states

At least 1.5 million people have been displaced in the states of Karnataka, Maharashtra and Andhra Pradesh after days of torrential rain.

Authorities said more than half a million people were in relief camps in Andhra Pradesh, with a further 650,000 in shelters in Karnataka.

Residents who stayed in their homes took refuge on balconies and rooftops, complaining that food and aid had been slow to reach them.

Maheswar, a 46-year-old farmer in the village of Burdipadu in Karnataka, lost all his crops to the floods.

“The government needs to help us. For the next three months, I have nothing to feed my parents, wife or three children,” he said.

India’s defence ministry said the military had delivered more than 4.5 tonnes (five tons) of food to survivors whose grain stocks have been wiped out.

The floods sent food prices rocketing throughout the region, with rice and sugarcane among the worst-damaged crops.

Tens of thousands of livestock carcasses littered fields and roads.

“The long term impact is what should concern all of us, especially in a year when we were going through a drought,” Jayakumar Christian, India director for World Vision, told AFP from Chennai, capital of southern Tamil Nadu state.

Christian estimated that around seven million people were affected in Karnataka and Andhra Pradesh where major rivers breached their banks last week.