– Deputy PM: Time is now for action on Iran nukes (Haaretz):
Deputy Prime Minister Dan Meridor said “the time is now” for Israel and the world to act to thwart Iran’s nuclear ambitions, after world powers on Friday accepted Iran’s response to their offer of talks on the issue.

“The time is now,” Meridor told Reuters in an interview published Saturday. “There is no more time to waste, and that’s not only the Israeli perspective, it’s much more general.”

Meridor, who is also Minister of Intelligence and Atomic Energy, played down speculation that Israel was on the verge of launching a military strike against Iran’s nuclear facilities.

“We are talking about several years not several months,” the spokesman said. 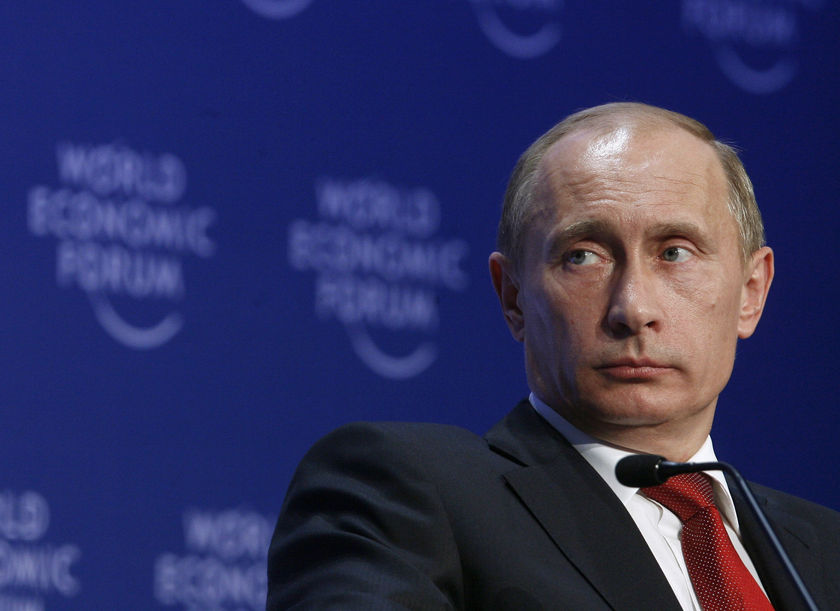 Strikes on Iran would lead to an increase in terrorism, Vladimir Putin says (Reuters: Christian Hartmann)

Iran’s latest proposals on its nuclear ambitions have brought diverging views from the US and Russia.

Iran has offered to hold “comprehensive, all-encompassing and constructive” negotiations on a range of security issues, including global nuclear disarmament.

While Russia’s foreign minister has described them as a positive step forward, Washington is unhappy with the proposals.

Both US and Israel have never ruled out the option of air strikes on Iran to stop it acquiring an atomic weapon.

Speaking in Moscow, Mr Putin said strikes on Iran would lead to an increase in terrorism in the region.

“This would be very dangerous, unacceptable. This would lead to an explosion of terrorism, increase the influence of extremists,” he said when asked about the possibility of an attack.

“I doubt very much that such strikes would achieve their stated goal.”

He also called on Iran to take into account Israel’s concerns and show restraint in its nuclear program.

“The Iranians should show restraint in their nuclear program. We have told Iran that it has the right to a civilian nuclear program but that it should understand what region of the world it is in,” Mr Putin said.

“This is a dangerous region and Iran should show responsibility, especially by taking into account Israel’s concerns, all the more so after the absolutely unacceptable statements about the destruction of the state of Israel.”

Iran has stood firm, with Supreme Leader Ayatollah Ali Khamenei insisting his country must defend its right to nuclear power.

“We must stand firm for our rights. If we give up our rights, whether nuclear or other rights, this will lead to decline,” said the Ayatollah, who has the final say in all national issues.

“We will walk the path of decline if instead of using freedom for scientific and ethical progress, we use it to spread sin, instead of standing against arrogance, aggressors and international looters, we feel weak in front of them and retreat and instead of frowning at them we smile at them.”

A spokeswoman for European Union foreign policy chief Javier Solana said the six countries are to seek an urgent meeting with Iran.

The meeting could take the form of talks between Iran’s top nuclear negotiator Saeed Jalili and Mr Solana, who regularly represents the six powers.

The world powers have given Iran a late September deadline to begin negotiations or face more sanctions.

Iran is already under three sets of UN sanctions.

“It is not really responsive to our greatest concern, which is obviously Iran’s nuclear program,” Philip Crowley, assistant secretary of state for public affairs, told reporters.