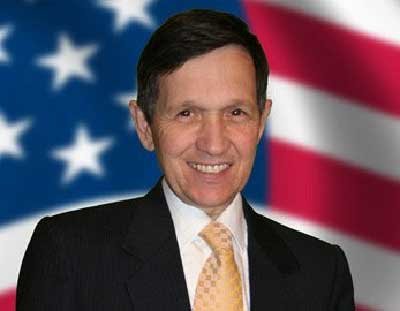 Removing the “public option” from a public bill paid for by public money is not in the public interest. What is left is a “private option” paid for with public money. Why should public money be spent on a private option which does not guarantee 100% coverage nor have any cost controls? A true public option would provide 30% savings immediately which would then cover the 1/3rd of the population who presently have no healthcare.

Unfortunately, under HR3200, the Government is choosing winners and losers in the private sector; proposing to spend public funds on subsidizing insurance companies who make money not providing health care. This process wil insure only one thing – the expansion of profits. Gone is the debate over cost.

As a result of current negotiations, the Medicare Part D rip-off will continue for another decade, further fleecing senior citizens. Drug importation has been dropped, so no inexpensive drugs can be accessed from other nations.

Instead we are told the pharmaceutical companies will accept a 2% cut in the growth rate of their profits – this they call cost control!

A commonsense government health care reform policy would insure that every single American has full access to healthcare by expanding Medicare to cover everyone under a Single Payer System. We are already paying for a universal standard of care, it is just we are not getting it.

I need your help to spread the word and rally the nation around true health care reform which covers everyone and maintains fiscal integrity without subsidizing insurance and pharmaceutical companies and breaking our nation’s bank!

My voice in Congress will continue to challenge the special interests who do not want single payer to succeed. I need you to join me in combating the special and corporate interests who spend millions to try to win this Congressional seat. With your help WE will win again. With your help I will continue to represent your concerns, be YOUR VOICE in the United States Congress, and be the voice for health care for all Americans!

With your help, we can accomplish ANYTHING in America. Persistence, dedication, truth and courage will lead the way and win out in the end.