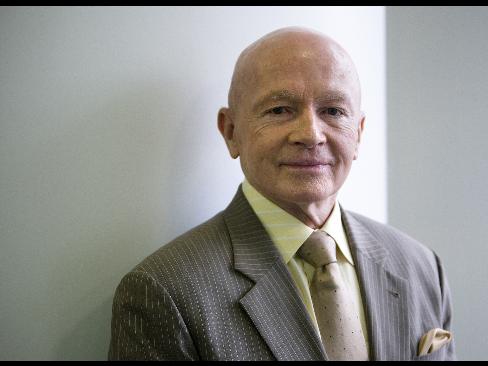 “Political pressure from investment banks and all the people that make money in derivatives” will prevent adequate regulation, said Mobius, who oversees $25 billion as executive chairman of Templeton in Singapore. “Definitely we’re going to have another crisis coming down,” he said in a phone interview from Istanbul on July 13.

Derivatives contributed to almost $1.5 trillion in writedowns and losses at the world’s biggest banks, brokers and insurers since the start of 2007, according to data compiled by Bloomberg. Global share markets lost almost half their value last year, shedding $28.7 trillion as investors became risk averse amid a global recession.

Mobius didn’t explain what he thought was needed for effective regulation of derivatives, which are contracts used to hedge against changes in stocks, bonds, currencies, commodities, interest rates and weather. The Bank for International Settlements estimates outstanding derivatives total $592 trillion, about 10 times global gross domestic product.

“Banks make so much money with these things that they don’t want transparency because the spreads are so generous when there’s no transparency,” he said.

A “very bad” crisis may emerge within five to seven years as stimulus money adds to financial volatility, Mobius said. Governments have pledged about $2 trillion in stimulus spending.

The Justice Department’s antitrust division sent civil investigative notices this month to banks that own London-based Markit to determine if they have unfair access to price information, according to three people familiar with the matter.

Treasury Secretary Timothy Geithner last week urged Congress to rein in the derivatives market with new U.S. laws that are “difficult to evade.” He said strong capital requirements were the key.

The plan to regulate the derivatives market is part of a wider overhaul of financial industry rules meant to prevent any possibility of a repeat of last year, when the collapse of Lehman Brothers Holdings Inc. and American International Group Inc. froze credit markets and worsened the global recession.

In the Senate, Agriculture Committee Chairman Tom Harkin, an Iowa Democrat, is pushing for legislation that would require all over-the-counter derivatives trades be traded on regulated exchanges, not just standardized ones as the Obama administration is seeking.

U.K. banks will be forced to curb trading activity that helped cause the global financial crisis, Britain’s top financial regulator said last month, while stopping short of seeking to separate their lending and securities units.

“Banks have lobbied hard against any changes that would make them unable to take the kind of risks they took some time ago,” said Venkatraman Anantha-Nageswaran, global chief investment officer at Bank Julius Baer & Co. in Singapore. “Regulators are not winning the battle yet and I’m not sure if they are making a strong case yet for such changes.”

Mobius also predicted a number of short, “dramatic” corrections in stock markets in the short term, saying that “a 15 to 20 percent correction is nothing when people are nervous.”

Emerging-market stocks “aren’t expensive” and will continue to climb, Mobius said. He said he favors commodities and companies such as London-based Anglo American Plc, which has interests in platinum, gold, diamonds, coal and base metals.

In China and India, Mobius sees value in consumer-oriented stocks and banks, he said.

To contact the Bloomberg News staff on this story: Kevin Hamlin in Beijing at khamlin@bloomberg.net

1 thought on “Derivatives and stimulus spending will cause next financial crisis: Templeton’s Mark Mobius”