And by the way, Keynesianism (Deficit spending) is outdated and poison for the economy.

I am repeating myself here but people need to know that all of this is done by design, planned by the elite and executed by their puppets like Obama, Bernanke, Bush, Clinton, Greenspan, Geithner etc. 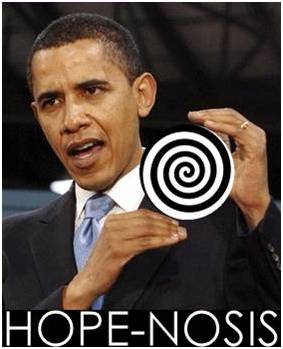 Those criminals are looting the taxpayer all of the time. No bailout and no stimulus package was ever benefiting the people in the US, but it is the taxpayer that has to pay for it all. The government and the Fed are intentionally destroying the dollar and the economy. The US is totally broke.

– Ron Paul: The Obama administration gives a tremendous amount of more power to the Federal Reserve, the very institution that created our problem (6/18/09)

– Gerald Celente: It is Obamageddon

– JIM ROGERS WAS RIGHT (05/06/09):
“There is a very good chance that America will default on its government debt sometimes during this administration.”
“And there is an extremely good chance that the currency will be very debased and weakened a lot during this presidency.”
Now this genius (Obama) comes along and says: ‘We are doing more of the same’!”
“It’s not going to work.”

The Government Accountability Office, in a report released Wednesday, finds that the $787 billion stimulus package is being used to “cushion” state budgets, prevent teacher layoffs, make more Medicaid payments and head off other fiscal problems. 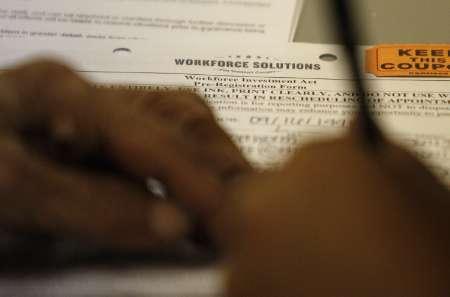 A person fills out an application for a summer job funded by stimulus money in Forth Worth, Texas, on June 10. (Reuters Photo)

Cash-strapped states have used federal stimulus dollars to close short-term budget gaps and avert major tax increases but generally have not directed the money toward long-term expansion, according to a new report.

The Congressional Budget Office estimates that only 10 percent of the Recovery Act funds have been released so far, with about half of the money expected to be spent by October 2010. That dispersed money is being used to prioritize short-term projects and needs over more ambitious goals, the GAO report states.

For example, the GAO said about half the money set aside for road and bridge repairs is being used to repave highways, rather than build new infrastructure. And state officials aren’t steering the money toward counties that need jobs the most, auditors found.

Taxpayers have also recently complained that the federal government has wasted money by advertising stimulus-funded construction projects with road signs which costs between $500 and $1,200 to produce.

The report states that the federal money generally has not prevented state governments from dipping into their rainy-day funds or eliminated the need to take further action to balance future budgets.

Highlighting the delicate fiscal picture in many of the states, the report warned that officials are trying avoid the so-called “cliff effect” — or problems associated with the end of stimulus funding for states.

Rep. Darrell Issa, ranking Republican on the House Committee on Oversight and Government Reform, complained at a hearing to review the report that stimulus dollars have gone to the “maintenance of many jobs,” and that the money has been shifted to projects it was not originally intended for.

Issa said the latest 9.5 percent unemployment rate for June shows the stimulus is not having its intended effect.

“The purpose of the stimulus was putting the unemployed back to work,” the California lawmaker said. “So far the stimulus has failed to do that.”

President Obama had always pitched the stimulus package as a way to “save or create” 3 million to 4 million jobs. The president announced in late May, 100 days after the stimulus bill was signed, that 150,000 jobs had been created since its enactment.

However, more than 2 million people have lost jobs since the stimulus bill was signed in February. Issa said the 150,000 number for jobs created was based on “flawed macroeconomic models.”

Acting Comptroller General Gene Dodaro testified at the hearing that by helping states relieve “fiscal stresses,” the stimulus has been successful to an extent.

“It’s clear that the Recovery Act has helped in accomplishing one of its objectives, which was to help stabilize state and local government budgets,” he said.

The GAO report, which examined 16 states and the District of Columbia, found that many states would have had to make further cuts to programs and services if not for the stimulus dollars.

“Most commonly, states reported that they are using or planning to use freed-up funds to cover their increased Medicaid caseload, to maintain current benefits and eligibility levels, and to help finance their respective state budgets,” the report said.

Obama pitched the stimulus as more than just a lifeline to states. Besides saving teaching jobs, he said, it would also lead to lasting education reform by permitting old schools to be replaced and new science labs to be constructed.

“We can use a crisis and turn it into an opportunity,” Obama said while promoting the stimulus in February. “Because if we use this moment to address some things that we probably should have been doing over the last 10, 15, 20 years, then when we emerge from the crisis, the economy is going to be that much stronger.”

The 400-page stimulus includes provisions for long-term growth, such as high-speed rail and energy efficiency, but their effects will be seen later.

Robert Nabors, deputy director of the White House Office of Management and Budget, said Wednesday that the execution of the stimulus is a “work in progress” but insisted the administration is making “steady progress.”

“All of us knew the economic situation was bad,” he said. “None of us anticipated just how weak the economy truly was though.”

He called said the unemployment rate is “not acceptable.”

FOXNews.com’s Judson Berger and The Associated Press contributed to this report.