Scientists have been able to reverse the symptoms of multiple sclerosis using stem cells from patients’ own body fat. 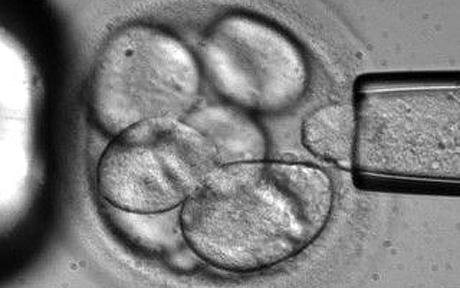 The preliminary findings add to the growing evidence that stem cells could be used to treat multiple sclerosis Photo: AP

Some have been left free from seizures and better able to walk after the treatment.

Researchers said that the results suggest that the “very simple” injection of their own cells can stimulate the regrowth of tissue damaged by the progression of the disease.

The preliminary findings add to the growing evidence that stem cells could be used to treat the crippling neurological disease, which affects about 85,000 people in Britain.

Last year experts suggested that stem cell therapy could be a “cure” for MS within the next 15 years.

Patients’ symptoms were still improving up to a year after the treatment, the new study shows.

One, a 50-year-old man, who had suffered more than 600 painful seizures in the three years before treatment has not had a single one since the infusion of his own cells.

Another patient’s ability to walk, run and even cycle are still improving 10 months after the therapy.

MS is caused by the destruction of myelin, a fatty protective sheath surrounding the body’s central nervous system.

Sufferers typical experience fatigue, difficulty walking or speaking and pain and there is currently no known cure.

Dr Boris Minev, from the University of California, said: “All three patients in our study showed dramatic improvement in their condition.

“While obviously no conclusions in terms of therapeutic efficacy can be drawn from these reports, this first clinical use of fat stem cells for treatment of MS supports further investigations into this very simple and easily-implementable treatment methodology”.

He added: “None of the presently available MS treatments selectively inhibit the immune attack against the nervous system, nor do they stimulate regeneration of previously damaged tissue. We’ve shown that [the] cells may fill this gap.”

Earlier this year another study in 21 patients injected with their own bone marrow stem cells, found that 81 per cent saw significant improvements to their disability.

A spokesman for the MS Society said: “The preliminary research presented in this literary review is intriguing and we would be interested to see if what is shown in these case studies can be repeated in properly controlled clinical trials.”

The three case studies are described the Journal of Translational Medicine.

Scientists usually use a virus to make the switch but this makes the resulting stem cells incredibly dangerous for use in humans as they can cause cancer.

Now a team at the Scripps Research Centre in California, which published its findings in Cell Stem Cell journal, claim they can use harmless proteins to carry out the same task.

This discovery has the potential to spark the development of many new types of therapies for humans, for diseases that range from Type 1 diabetes to Parkinson’s disease, they claim.