Goldman Sachs is attempting to shut down a dissident blogger who is extremely critical of the investment bank, its board members and its practices. 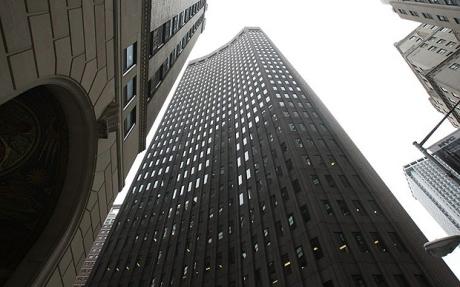 The New York headquarters of Goldman Sachs, which has instructed a Wall Street law firm to tell a blogger to stop criticising the bank Photo: Getty Images

The bank has instructed Wall Street law firm Chadbourne & Parke to pursue blogger Mike Morgan, warning him in a recent cease-and-desist letter that he may face legal action if he does not close down his website.

Florida-based Mr Morgan began a blog entitled “Facts about Goldman Sachs” – the web address for which is goldmansachs666.com – just a few weeks ago.

In that time Mr Morgan, a registered investment adviser, has added a number of posts to the site, including one entitled “Does Goldman Sachs run the world?”. However, many of the posts relate to other Wall Street firms and issues.

According to Chadbourne & Parke’s letter, dated April 8, the bank is rattled because the site “violates several of Goldman Sachs’ intellectual property rights” and also “implies a relationship” with the bank itself.

Unsurprisingly for a man who has conjoined the bank’s name with the Number of the Beast – although he jokingly points out that 666 was also the S&P500’s bear-market bottom – Mr Morgan is unlikely to go down without a fight.

He claims he has followed all legal requirements to own and operate the website – and that the header of the site clearly states that the content has not been approved by the bank.

On a special section of his blog entitled “Goldman Sachs vs Mike Morgan” he predicts that the fight will probably end up in court.

“It’s just another example of how a bully like Goldman Sachs tries to throw their weight around,” he writes.

Speaking to The Daily Telegraph, Mr Morgan explained how he went through a similar battle with US homebuilder Lennar a few years ago after he set up a website to collect information on what he alleged was shoddy workmanship in its homes. The pair eventually settled out of court.

“Since I went through this with Lennar, I’ve had advice from some of the best intellectual property lawyers, and I know exactly what I can and can’t do. We’re not going to back down from this,” he promises.

Mr Morgan adds that if Goldman manages to shut down his site, he has a number of other domain names registered.

• Speculation is mounting that Goldman Sachs is set to raise several billion dollars via a share sale, possibly next week, in order to pay down a $10bn (£6.8bn) US government loan, as revealed in The Sunday Telegraph last week.