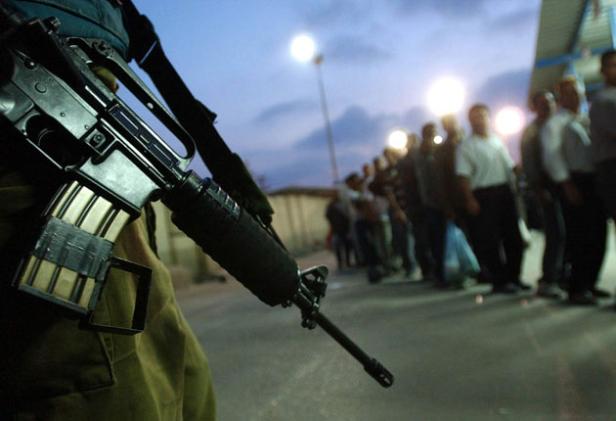 Palestinians’ lives were seen as ‘very, very less important than our soldiers’

Israel was last night confronting a major challenge over the conduct of its 22-day military offensive in Gaza after testimonies by its own soldiers revealed that troops were allowed and, in some cases, even ordered to shoot unarmed Palestinian civilians.

The testimonies – the first of their kind to emerge from inside the military – are at marked variance with official claims that the military made strenuous efforts to avoid civilian casualties and tend to corroborate Palestinian accusations that troops used indiscriminate and disproportionate firepower in civilian areas during the operation. In one of the testimonies shedding harsh new light on what the soldiers say were the permissive rules of engagement for Operation Cast Lead, one soldier describes how an officer ordered the shooting of an elderly woman 100 metres from a house commandeered by troops.

Another soldier, describing how a mother and her children were shot dead by a sniper after they turned the wrong way out of a house, says the “atmosphere” among troops was that the lives of Palestinians were “very, very less important than the lives of our soldiers”.

A squad leader said: “At the beginning the directive was to enter a house with an armoured vehicle, to break the door down, to start shooting inside and – I call it murder – to shoot at everyone we identify. In the beginning I asked myself how could this make sense? Higher-ups said it is permissible because everyone left in the city [Gaza City] is culpable because they didn’t run away.”

The accounts, which also describe apparently indiscriminate destruction of property, were given at a post-operation discussion by graduates of the Yitzhak Rabin pre-military course at the Oranim Academic College in northern Israel. The transcript of the session in front of the head of the course – details from which were published by the newspaper Haaretz – prompted the Israel Defence Forces (IDF) military advocate general Avichai Mendelblit yesterday to announce a military police investigation into the claims. Haaretz said the airing of the “dirty secrets” would make it more difficult for Israelis to dismiss the claims as Palestinian propaganda. The course principal, Danny Zamir, told the newspaper that after being “shocked” by the testimonies on 13 February he told the IDF chief of staff Gabi Ashkenazi he “feared a serious moral failure” in the IDF.

In one account, an infantry squad leader describes how troops released a family who had been held in a room of their house for several days. He said: “The platoon commander let the family go and told them to go to the right. One mother and her two children didn’t understand and went to the left, but they forgot to tell the sharpshooter on the roof they had let them go and it was okay… The sharpshooter saw a woman and children approaching him. He shot them straight away. I don’t think he felt too bad about it, because, as far as he was concerned, he did his job according to the orders he was given. And the atmosphere in general, from what I understood from most of my men who I talked to, the lives of Palestinians, let’s say, is something very, very less important than the lives of our soldiers.”

A second squad leader, who described the killing of the elderly woman, says he argued with his commander over loose rules of engagement that allowed the clearing out of houses by shooting without warning residents beforehand. After the orders were changed, soldiers had complained that “we should kill everyone there [in the centre of Gaza]. Everyone there is a terrorist.” The squad leader said: “To write ‘death to the Arabs’ on walls, to take family pictures and spit on them, just because you can. I think this is the main thing: To understand how much the IDF has fallen in the realm of ethics.”

Ehud Barak, Israel’s Defence Minister, said: “I say to you that from the chief of staff down to the last soldier, the most moral army in the world stands ready to take orders from the government of Israel. I have no doubt that every incident will be individually examined.”

But Israeli human rights organisations, including B’Tselem and the Association for Civil Rights in Israel, called for an independent investigation and complained that the military police inquiry had only been announced after Haaretz published the story, “three weeks after the relevant materials reached the Chief of the General Staff. This tardiness follows a pattern of failures to investigate suspicions of serious crimes”.

Amos Harel, the paper’s respected military correspondent who broke the story, wrote that Mr Zamir was sentenced in 1990 for refusing to guard a settlers’ ceremony at Joseph’s tomb in the West Bank. But he added that a reading of the transcript shows that Mr Zamir “acts out of a deep concern for the spirit of the IDF”.

In their own words: Soldiers’ stories

“At the beginning the directive was to enter a house with an armoured vehicle, to break the door down, to start shooting inside and to ascend floor by floor and – I call it murder – to go from floor to floor and to shoot at everyone we identify. In the beginning I asked myself how could this make sense? Higher-ups said it is permissible because everyone left in the city [Gaza City] is culpable because they didn’t run away. This frightened me a bit. I tried to influence it as much as possible, despite my low rank, to change it. In the end the directive was to go into a house, switch on loudspeakers and tell them ‘you have five minutes to run away and whoever doesn’t will be killed’.”

“There was an order to free the [confined] families. The platoon commander set free the family and told them to turn right. A mother and two children didn’t understand and turned left. [Officers] had forgotten to tell the sniper on the roof that they were being set free and that everything was okay and he should hold fire. You can say that he acted as he was supposed to, in accordance with the orders. The sniper saw a woman and children approaching him, past lines that no one was to be allowed to cross. He fired directly at them. I don’t know if he fired at their legs but in the end he killed them.”