– Stem cell breakthrough ends ethical dilemma (Guardian):
Scientists have found a way to make an almost limitless supply of stem cells that could safely be used in patients while avoiding the ethical dilemma of destroying embryos.

– Dow Jones decline rate mimics Great Depression (CNET News):
With the Dow Jones Industrial Average falling below the psychological watermark of 7,000, investors may be wondering how they stack up against the stock market crash of the Great Depression.
“It’s very troubling if you have a mirror image,” said Phil Dow, market strategist for RBC Dain Rauscher & James.

– Hugo Chavez seizes control of rice mills in price dispute (Telegraph):
Soldiers were ordered to take control of the rice mills, which include installations owned by US food giant Cargill.
Mr Chavez accused the companies of disrupting the supply chain by refusing to produce rice at prices set by the government.

– Ukraine Teeters as Citizens Blame Banks and Government (New York Times):
KIEV, Ukraine — Steel and chemical factories, once the muscle of Ukraine’s economy, are dismissing thousands of workers. Cities have had days without heat or water because they cannot pay their bills, and Kiev’s subway service is being threatened. Lines are sprouting at banks, the currency is wilting and even a government default seems possible.

– RBS pays for Goodwin’s security (Independent):
Mr Osborne told BBC Scotland’s Politics Show today he thought most people would find the situation “very surprising”.
He said: “I don’t think it’s appropriate that the taxpayer should be providing any more benefits to Fred Goodwin.”

– Factory downturn ‘accelerating’ (BBC NEWS):
Manufacturers in the UK cut jobs and output at a record pace in February, according to the latest Purchasing Managers’ Index (PMI).

– Worst job losses in 60 years expected (MarketWatch):
WASHINGTON (MarketWatch) — The recession tightened its grip on U.S. businesses and consumers in February, according to economists, who are predicting the largest one-month job loss in almost 60 years.

– 140000 British manufacturing jobs to be lost this year (Guardian)

– Bank of England set to pump cash into economy to avoid deflation (Times):
The Bank of England is set this week to begin “printing money” in a ground-breaking move that will mark its most forceful action yet to curb the slump in the economy. (The Zimbabwe school of economics.)

– FTSE 100 falls to six-year low (Telegraph):
The sharp decline takes the FTSE 100 below the lows experienced last October as UK banks teetered on the edge of collapse and were bailed out by the Government.

– Pressure mounts over secret HBOS papers (The Observer):
The government was under pressure last night to publish confidential documents relating to the merger of failed bank HBOS and Lloyds TSB. Their existence emerged during a recent two-day hearing at the Competition Appeal Tribunal in which HBOS shareholders challenged the government’s decision to allow the takeover without referring it to the competition authorities.

– New ‘Iron Curtain’ will split EU’s rich and poor (Times Online):
Eastern European countries gave an apocalyptic warning yesterday of hordes of unemployed workers heading west as a new Iron Curtain divides rich from poor inside Europe. Twenty years after the fall of the Berlin Wall, Western leaders were told yesterday that five million jobs could be lost in the “new” European Union countries of the East unless radical action were taken to bail them out.

– Feds defy judge’s order in Islamic group case (San Francisco Chronicle):
A federal appeals court rejected the Obama administration’s attempt Friday to stop a judge in San Francisco from reviewing a challenge to the wiretapping program ordered by former President George W. Bush.
Hours later, President Obama’s Justice Department filed papers that appeared to defy the judge’s order to allow lawyers for an Islamic organization to see a classified surveillance document at the heart of the case. The department said the judge had no power to enforce such an order. (More CHANGE!)

– Six years later in Iraq: still no good news (Washington Square News):
First, there’s how bad things were before the surge: “The strategic edifice of the American effort in Iraq was collapsing,” according to Col. Peter Mansoor, executive officer to Gen. David Petraeus. U.S. Ambassador to Iraq Ryan Crocker put it like this: “Iraq came pretty close, I think, to just unraveling.” Washington Post reporter Thomas Ricks sums up the surge this way: “It is unclear in 2009 if [it] did much more than lengthen the war.” In other words, the surge prevented the imminent defeat of the U.S. (a defeat that by most estimates would have been worse than losing in Vietnam). (” We are brilliantly succeeding in Iraq!” – Dick Cheney)

– Older soldiers find a niche in new Army (MiamiHerald):
‘GI Jorge,’ a father, grandfather and struggling property appraiser, is becoming a soldier at 40 to secure his family’s financial future.

– HRT ‘could double the threat of skin cancer’ (Daily Mail):
Those on HRT for more than six months at a time are twice as likely to develop a malignant melanoma, researchers discovered.

– GOP senator Orrin Hatch’s charity tied to massive pharmaceutical donations (Raw Story):
A charity founded by a senior Republican lawmaker who was a key ally to the pharmaceutical industry received more than $170,000 in 2007 from drugmakers, far in excess of campaign finance rules had the money been donated to him directly, leaked documents show.

– France poised to slash GDP forecasts (Financial Times):
France is steeling itself for the worst recession of the postwar era as the government prepares to admit the economy will contract by as much as 1.5 per cent this year, against previous official forecasts for growth.

– Fat children should be given gastric bands to tackle diabetes says expert (Telegraph):
Obese children with weight-related diabetes should be given gastric band surgery from the age of 15, according to expert paediatrician Professor Julian Shield. (Maybe someone should give this expert a brain! Children that get the the right food, teachers, doctors (alternative medicine) and parents will never ever get fat. Did you know that mice are injected with MSG to create those super fat lab mice? MSG also destroys the brain.) 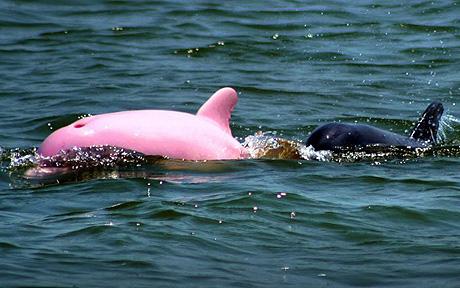