Police will be given mobile cells to target offenders in crime hotspots and shopping centres under plans by the Conservatives to free up officers. 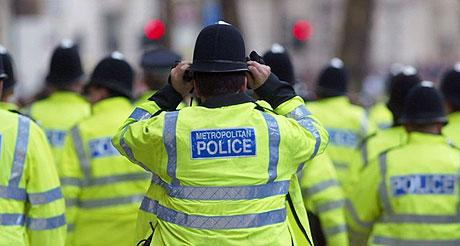 Police will get mobile cells to cage criminals quickly away from the station Photo: REUTERS

The “mobile urban jails” will be used in targeted areas such as those rife with knife crime and anti-social behaviour or where there is no police station nearby.

They will allow officers to process criminals, fingerprint them and issue, on-the-spot fines, bail or court summons without having to go back to a police station.

A satellite link will even allow a custody sergeants to charge offenders via video while offenders could be held for up to six hours.

Similar but permanent facilities will also be set up in shopping centres – dubbed “retail jails” – to allow police to deal with high volume, low level offending, such a shoplifting and drunks, without having to go to and from police stations.

In 2007, the Home Office raised similar proposals with short term holding facilities to be set up in shopping centres or major sporting venues, nicknamed at the time “Tesco jails”.

The Tory proposals are part of a series of measures to reduce police bureaucracy and give officers more time on the streets.

Other moves include reforming a “disclosure form” that officers have to fill out for crown prosecutors listing all non-sensitive material relevant to the case as well as unused material that has not been examined.

The document also repeats pledges to restore more charging powers to police sergeants and scrapping of rules under the Regulatory of Investigatory Powers Act (Ripa) which makes officers fill out multiple forms just to carry out standard operations, such as staking out a known burglar’s home or carrying out a plain clothes surveillance.

The Tories also promise to cut the paperwork surrounding stop and search recording.

David Ruffley, Shadow Minister for Police Reform, said: “The public want the police back on the beat and that is where the police also want to be. We need to take the handcuffs off the police and put them on the criminals.

“Twelve years of Labour red tape and bureaucracy have wasted police time, keeping them away from front line crime-fighting. Labour have a criminal record – antisocial disorder, gun crime, violence, robbery, knife crime and stabbings are all up on their watch.

“The public want the police back on the beat and these proposals are a start in achieving just that.”