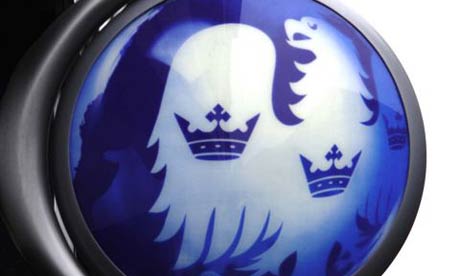 Shares in Barclays and other banks have been hit hard since the ban on short-selling was lifted. They fell 10% yesterday. Photo: Martin Godwin

One of London’s most successful hedge funds has made £12m in just four days by betting on a fall in the Barclays share price, a move that will heighten the controversy over so-called short-selling strategies.

Lansdowne Partners, which also profited from the fall in the share price of Northern Rock at the height of its problems, sold Barclays shares last Friday – when the bank lost almost a quarter of its value in frenzied trading – and bought them back again on Wednesday after they had fallen by almost £1.

The disclosure is likely to fuel the row between politicians and the Financial Services Authority which lifted a ban on short-selling last Friday. The ban was introduced last September to try to protect the share price of HBOS which was in the throes of a rescue takeover by Lloyds.

While bank shares, particularly those of Barclays, Royal Bank of Scotland and the newly formed Lloyds Banking Group, have been savaged since the ban was lifted, the FSA insisted yesterday that short-sellers were not to blame.

But the FSA is demanding that short-sellers, who borrow shares they do not own to sell them with a view to buying them back at a lower price, disclose any such positions. Lansdowne is the only hedge fund to admit to such a trading strategy in Barclays. It revealed yesterday it had started to buy back the shares it began to sell on Friday, generating a profit of around £12m.

The lifting of the ban has infuriated the chancellor, Alistair Darling, who thought it should have remained in place. He was given just an hour’s notice of the FSA’s decision. Lord Turner, FSA chairman, told Radio 4’s Today programme yesterday: “I do think this issue of whether or not there was a minor hiccup in communications is less important than the substance. The substance is that so far we are seeing no signs that short selling, or abusive short-selling, has a major role.”

Lansdowne stressed that it managed money for pension funds, university endowments and charities. “Lansdowne is a very substantial investor in the UK banking sector. As an insurance against falling markets the firm had a very small short position in Barclays. The position represented less than 0.25% of the firm’s funds under management,” a spokesman said.

Barclays was also defending its position after its shares fell another 10% to 59.2p on fears about a clause in a recent fundraising document that might make it difficult to accept a government bail-out. John Varley, the Barclays chief executive, tried to address market worries that the bank will need to match the £8bn of credit crunch write-downs that RBS has warned it will need to report. “Risk isn’t generic and risk management isn’t generic,” Varley said.

The bank is trying to accelerate the publication of its 2008 figures which it promises will show a profit of at least £5.3bn – more than its current stock market value of £4.8bn.

Barclays is facing an uphill struggle to convince the City it has not made the mistakes that have caused RBS to receive a £20bn cash injection from the taxpayer and the combined Lloyds Banking Group to take £12bn. The bank insists it will not need to raise fresh funds, while the government tried to reassure the City and taxpayers yesterday that it did not want to nationalise any more banks.

Turner stressed yesterday he could reintroduce the short-selling ban without warning if he found evidence of market abuse.

The Treasury subcommittee of MPs will today call on the government to “quantify and disclose the liabilities involved in the extensive public funding” of the banks bailed out by the taxpayer.