In case the Bank of China wants to raise funds, will it start selling US Treasuries? 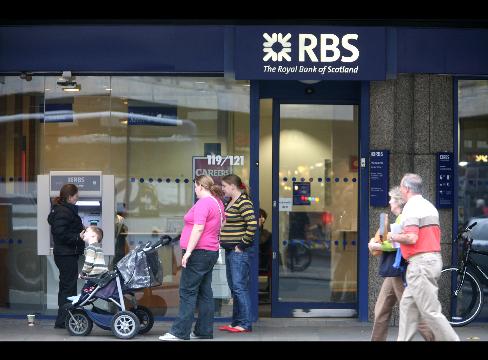 Pedestrians walk past a branch of Royal Bank of Scotland in London on Oct. 13, 2008. Photographer: Jason Alden/Bloomberg News

RBS, the biggest bank to be controlled by the U.K. government after a 20 billion-pound ($30 billion) bailout, said it is “examining” its $2.8 billion Bank of China stake as part of a companywide review initiated last quarter. Bank of China, the country’s third-largest lender, fell 7.9 percent in Hong Kong after Li sold 2 billion shares in the Beijing-based company.

RBS Chief Executive Officer Stephen Hester may seek to use a $1.2 billion gain on the Bank of China stake to help repair a balance sheet crippled by more than 7 billion pounds ($11 billion) of writedowns in 2008. Foreign strategic investors hold about $46 billion of shares in China’s three largest banks, whose profits are slowing as the economy cools.

“This has little to do with the quality and prospects of Chinese banks and more to do with the desperation of global lenders to shore up their balance sheets,” said Kenny Tang, Hong Kong-based executive director of Redford Securities Co. “There’s a possibility we’ll see more sales of Chinese bank stakes by other global financial institutions.”

RBS, Bank of America Corp. and Goldman Sachs Group Inc. are among overseas financial firms that bought stakes in Chinese banks before they went public in 2005 and 2006. While the investors touted the “strategic” nature of their purchases, the $742 billion of writedowns and credit losses banks and brokers have recorded worldwide since 2007 added urgency to stake sales.

A drop in Bank of China’s shares has pared the value of RBS’s stake. The Chinese lender’s Hong Kong-traded shares have fallen 46 percent in the past year.

“RBS is currently examining all of its investments as part of the strategic review” that started last quarter, Hong Kong- based spokeswoman Hui Yuk-min said in an e-mailed statement. “This includes our investment in Bank of China.” Bank of China spokesman Wang Zhaowen said the Chinese bank hasn’t yet received any notice of a stake sale.

Chinese lenders have mostly avoided the toxic investments that forced RBS and UBS to post losses and seek government help. Bank of China’s $3.7 billion of losses from securities linked to U.S. home loans are the largest among Chinese lenders. Citigroup Inc. has posted $67 billion of writedowns and credit losses since the credit crunch began, according to data compiled by Bloomberg.

Li, dubbed “Superman” by Hong Kong media for his investing skills, got 75 percent more for his Bank of China shares than he paid for them, netting him a profit of about $218 million. Li controls businesses spanning retail, real estate, container ports and energy in 57 countries.

Li’s Magnitico Holdings Ltd. was part of a group of investors led by RBS that bought 20.9 billion shares of Bank of China in 2005, before the lender went public. Magnitico owned 24 percent of the group, giving it about 5 billion Bank of China shares, based on the Chinese bank’s 2006 Hong Kong IPO prospectus.

The sales “could drive market concerns of more potential stake sales by foreign investors” in Chinese banks traded in Hong Kong, Goldman Sachs Group Inc. analysts led by Ning Ma wrote in a note today. “We believe there could be better entry opportunities to add to bank positions in the first half.”

Goldman Sachs owns 16.5 billion shares in Industrial & Commercial Bank of China Ltd., the world’s largest bank by market value, and has agreed not to sell the shares until after April 28. American Express Co. and Allianz SE are among other strategic shareholders.

ICBC dropped 6.8 percent in Hong Kong today to the lowest since Nov. 25. The shares have tumbled 15 percent in the last three days.

To contact the reporter on this story: Luo Jun in Shanghai at jluo6@bloomberg.netBei Hu in Hong Kong at bhu5@bloomberg.net