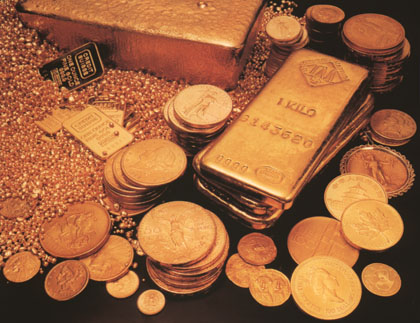 There has been an unprecedented surge in Saudi gold purchases in the past two weeks with over $3.5 billion being spent on the yellow metal, reported Gulf News citing local industry sources.

Gold market expert Sami Al Mohna told the leading regional newspaper that this buying had substantially increased the gold reserves of the country: ‘Many Saudi investors see this as the right time for making investments in gold as the price is the most reasonable one at present’.

He said gold was seen as a traditional safe haven at a time of global financial turmoil. Gulf regional stock markets have fallen very sharply since early October, leading to an exodus of cash which needs to find a safe haven.

Gold is currently trading at prices similar to a year ago, and 30 per cent off its March peak. Saudi investors clearly think this is the right time to buy and are piling into gold.

News about the Saudi gold rush is bound to fuel speculation about the alleged large physical gold transactions that have been taking place at prices will above the spot price set in the futures market. It is very unlikely that such a large hoard of physical gold could have been bought for the depressed current price.

Market analysts such as the legendary gold bug Jim Sinclair have pointed out that if less than two thousand millionaires insisted on delivery of physical gold at the end of their futures contracts, as is their legal right, then the spot gold market would jump to new highs.

Saudi Arabian investors have spotted a bargain, and it may be a much better one than they think.