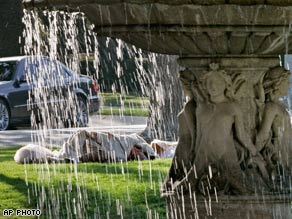 The upswing is also putting pressure on a landmark initiative by Gov. Deval Patrick to virtually end homelessness in Massachusetts in the next five years.

In just the past 12 months, the number of homeless families living in Massachusetts motels has skyrocketed from 17 in September 2007 to 550 in September 2008. That’s on top of another 1,800 or so families in shelters.

The Department of Transitional Assistance first began placing families in motels in 1999 when its shelters reached capacity. Over the next five years, the state used 97 motels around the state to house families.

By August 2004, the state was able to eliminate the need for motels after launching an initiative that included the creation of self-sufficiency plans for each family, hiring case managers and increasing shelter capacity.

Gov. Patrick is hoping to end homelessness in Massachusetts by coming up with better ways to detect when individuals and families are on the verge of falling into homelessness — and move in swiftly with aid and support. The plan hinges on the increased use of vouchers.

The economic downturn is making those goals harder to meet. “This is going to make it more difficult,” said state Rep. Byron Rushing, a supporter of the plan.

Massachusetts isn’t alone. Advocates for the homeless say that while statistics are still sketchy, many areas are reporting increases in the number of homeless families.

“Right now we’re at the point where communities are holding the line or seeing increases,” said Mary Cunningham, a senior research associate at The Urban Institute. “Family budgets are really tight and when you add on other costs, that can push them into homelessness.”

A spokeswoman for the Massachusetts Department of Transitional Assistance said the state started using motels again in September 2007 when the agency reached its capacity in family shelter units.

Under Massachusetts law, the state is required to find shelter for every eligible family seeking it. With the current demand exceeding shelter capacity, the state turned to motel rooms, with the ultimate goal of moving families into permanent housing.

As of midweek there were 588 families in 29 hotels across the state.

To help move families out of motels, the state has begun identifying vacant public housing units. It’s also working with families to help increase their income and offer employment and training support, according to DTA spokeswoman Jennifer Kritz.

The state is also starting to track foreclosures as a cause for homelessness. That typically occurs when a multifamily home or apartment building is foreclosed on and the tenants are evicted, sometimes losing their security deposit in the process, making it harder to come up with the rent for a new apartment.

Frost said the state should focus on creating more housing vouchers to get homeless families into permanent homes quickly.

“If people are permanently housed, kids get education and parents can keep their jobs,” she said. “Without vouchers you’re going to continue to see this storm.”