Savers have been queuing in the street to buy gold bars and coins, as they search for a safe place to invest their money. 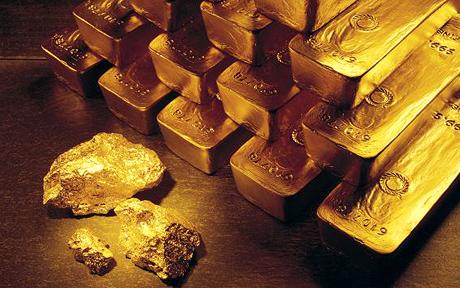 Traditionally, gold has been one of the safest investments during times of financial turmoil Photo: AP

London’s two leading bullion dealers, ATS Bullion and Baird & Co, have reported a rush of interest from savers, many of whom have hundreds of thousands of pounds worth of savings they want to convert into the precious metal.

At least two customers have invested the entire proceeds from selling their houses into gold, each buying up more than £500,000-worth of gold bars, according to one dealer.

Savers have been queuing in the street at ATS Bullion, whose offices are just off the Strand in London’s west end.

Sandra Conway, the company’s managing director, said: “We’ve had to turn people away. The queues have been right out of the door and it’s been really hectic at times.

“Ever since Lehman Brothers went bankrupt, the phones have been going off the hook.”

Traditionally, gold has been one of the safest investments during times of financial turmoil. In 1973 gold cost just $60 an ounce and hit $650 in 1981.

However, since the summer the price of gold has fallen as the dollar has strengthened – the two are linked quite closely.

But the fact that gold has not performed well in recent months has not deterred thousands of investors.

“They don’t think of gold as a way of making money. They think of it as a safeguard in these turbulent times. You can move gold quickly, in a way that you can not with shares or cash in a bank account,” Ms Conway said.

Some analysts say that while it may be romantic to buy bars of gold, there is a far more practical way to investing in gold. Investors can buy Exchange Traded Funds, which are like shares – they trade on the stock market – and they are directly linked to the price of gold.

Mick Gilligan, at stockbrokers Killik & Co, said that his clients had been asking about investing in gold in far greater numbers in recent weeks.

“It’s lot easier to sell than the gold you keep in your sock drawer,” he said.