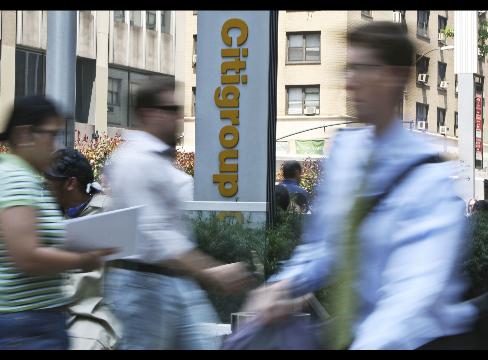 Citigroup has agreed to buy Wachovia bank in a deal brokered by the Federal Deposit Insurance Corporation to avoid another major corporate failure in the midst of the ongoing financial crisis.

The FDIC announced the deal on its Web site this morning. No price for the transaction was included in the announcement. But the FDIC said that the deal hinged on a loss sharing arrangement between Citigroup and the FDIC, the agency responsible for insuring bank deposits.

Wachovia has been saddled by mortgage-related losses. Under the terms of the deal, Citigroup will absorb up to $42 billion of losses on a $312 billion pool of loans. The FDIC will be responsible for any losses beyond that, but was given $12 billion in Citigroup preferred stock and warrants in return for that guaranty.

The Wachovia purchase is the second major bank buyout orchestrated by the FDIC in the last week. The agency also helped arrange the sale of the failed Washington Mutual to J.P. Morgan Chase.

FDIC chairman Sheila Bair said in a statement that the action was “necessary to maintain confidence in the banking industry given current market conditions.”

The FDIC statement emphasized that Wachovia “did not fail,” and that its branches and other offices will be open as usual.

“Today’s action will ensure seamless continuity of service from their bank and full protection for all of their deposits,” the FDIC statement said.

The deal creates a rival for Bank of America and J.P. Morgan Chase in the coterie of financial behemoths that are emerging from the current financial crisis. Those three banks will now control almost a third of the nation’s deposits.

Citigroup, based in New York, also will become the largest bank in the Washington area.

Federal officials pushed Wachovia to agree to a sale during a long weekend of talks with Citigroup and other bidders. The Charlotte company has been crushed by losses on mortgage loans, and regulators were increasingly concerned that it might collapse, forcing taxpayers to cover the losses of its depositors.

“On the whole, the commercial banking system in the United States remains well capitalized. This morning’s decision was made under extraordinary circumstances with significant consultation among the regulators and Treasury,” Bair said in a statement.

Wachovia’s success in recent years was widely admired by its rivals, and its financial health was considered superb. But it was crushed in recent months by losses on mortgage loans, suggesting how virulent the plague sweeping the financial system has become.

The company bought its troubles in 2006 with the $25 billion acquisition of Golden West Financial, a major mortgage lender based in California. Golden West specialized in “option” mortgage loans, which allow customers to pay less than the maximum each month, as on a credit card. High rates of borrower defaults have already crushed several of the largest option mortgage companies, including IndyMac Bancorp and Washington Mutual, which failed last week and was immediately bought by J.P. Morgan.

J.P. Morgan estimated that Washington Mutual had a loss rate of 20 percent on its mortgage portfolio.

Wachovia so far has acknowledged a loss rate of only 12 percent on its portfolio, leading many investors to conclude that the worst was yet to come. The company’s stock has fallen 74 percent this year to $10 a share, and is likely to fall sharply again this morning on news of the deal.