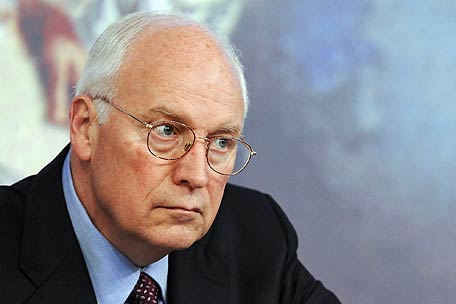 Vice President Dick Cheney has argued that his office is not part of the executive branch of government.
Filippo Monteforte, AFP / Getty Images

WASHINGTON (Sept. 21) – A federal judge on Saturday ordered Dick Cheney to preserve a wide range of the records from his time as vice president.
The decision by U.S. District Judge Colleen Kollar-Kotelly is a setback for the Bush administration in its effort to promote a narrow definition of materials that must be safeguarded under by the Presidential Records Act.

The Bush administration’s legal position “heightens the court’s concern” that some records may not be preserved, said the judge.
A private group, Citizens for Responsibility and Ethics in Washington, is suing Cheney and the Executive Office of the President in an effort to ensure that no presidential records are destroyed or handled in a way that makes them unavailable to the public.
In a 22-page opinion, the judge revealed that in recent days, lawyers for the Bush administration balked at a proposed agreement between the two sides on how to proceed with the case.
Cheney and the other defendants in the case “were only willing to agree to a preservation order that tracked their narrowed interpretation” of the Presidential Records Act, wrote Kollar-Kotelly.
The administration, said the judge, wanted any court order on what records are at issue in the suit to cover only the office of the vice president, not Cheney or the other defendants in the lawsuit. The other defendants include the National Archives and the archivist of the United States.
In response to the ruling, Cheney spokesman James R. Hennigan said that “we will not have any comment on pending litigation.”
The lawsuit stems from Cheney’s position that his office is not part of the executive branch of government.
This summer, Cheney chief of staff David Addington told Congress the vice president belongs to neither the executive nor legislative branch of government, but rather is attached by the Constitution to Congress. The vice president presides over the Senate.
The lawsuit alleges that the Bush administration’s actions over the past 7 1/2 years raise questions over whether the White House will turn over records created by Cheney and his staff to the National Archives in January.
In 2003, Cheney asserted that the office of the vice president is not an entity within the executive branch.
Two historians and three groups of historians and archivists joined CREW in filing the suit two weeks ago.