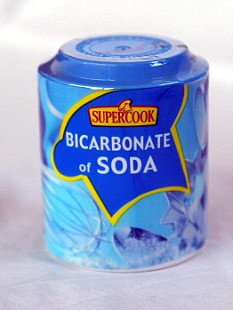 Scientists have proven what athletes have been claiming for years – that Granny’s old cure-all, bicarbonate of soda, can enhance performance.

‘Soda-doping’, as it is known amongst professional sportsmen, can have a significant effect on endurance and speed.

Baking soda appears to work best to enhance speed. A study at Loughborough University found that of nine swimmers who took baking soda before an event, eight reduced their times, the Times reports.

Jonathan Folland, who led the study, said: ‘Essentially, sodium bicarbonate is an alkali substance that increases the pH of the blood.

‘This seems to reduce and offset the acidity produced in the muscles during intense, anaerobic exercise that produces lactic acid most quickly, such as fast running or swimming.’

Sodium bicarbonate, as anyone whose taken it for indigestion knows, reduces acids – helping the body to deal with the acidic waste products produced during exercise, that  tire us more quickly.

But the substance isn’t a miracle-worker – shaving seconds, not minutes, off performance time – so that only the most proficient athletes will notice a difference.

The swimmers in the Loughborough study cut 1.5 seconds from their 200m time. Which is hardly significant for most of us who take a leisurely few laps up and down the pool.

A study at the American College of Sports Medicine found that runners could also improve performance with baking soda.

But the substance – used before modern times as a household cleaning agent – can cause upset stomachs, and tastes foul. ‘It is not dangerous, but it tastes appalling,’ warns Dr Folland.

He says that only those who are very serious about sport should try the white powder, which may cause diarrhoea.

1 thought on “Baking soda does speed you up, say scientists”