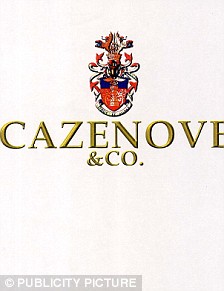 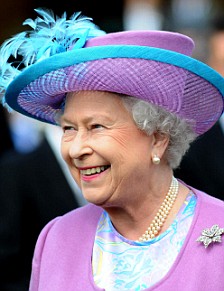 The FSA says insider dealing – in which privileged information is used to make profits from share prices – is rife among financial institutions.

Yesterday’s swoop is the fourth this year, and the watchdog warns that more are to come as part of a ‘major ongoing investigation’.

The news is further embarrassment for Cazenove, which only last week had its reputation sullied over insider dealing allegations.

Malcolm Calvert, 64, a former trader and partner of Cazenove, was charged with 12 counts of insider dealing involving £1million worth of shares. He denies the charges.

A spokesman for Cazenove said last night: ‘We can confirm that a sub-contractor in a support function for Cazenove was one of the eight people arrested by the FSA.’

The prestigious bank can trace its history back to the 17th century.

Staffed by public schoolboys and with an impressive list of clients, it played an important part in the round of privatisations in the 1980s.

In 2004 it joined forces with U.S. giant JP Morgan to create one of Britain’s leading investment banks.

Another of the arrested is from Swiss bank UBS. The bank said the person involved was a junior member of staff, who had now been suspended.

The FSA believes that as many as a quarter of all mergers and takeovers of companies in the UK involve insider trading.

Financial crime makes millions of pounds for those involved at the expense of honest investors who buy shares in companies in good faith.

But the U.S. has a much better record for bringing people to justice for insider trading than the UK.

One tool it uses to huge success is the power to grant immunity, which is very useful in breaking up insider dealing rings.

The FSA has no such powers and many cases collapse because of lack of evidence. It is now lobbying the Government to increase its powers.