OTTAWA – In a surprising about-face, Health Minister Tony Clement has agreed to key demands of the natural health products industry after the sector launched a grassroots campaign against restrictions on homeopathic medicines and herbal remedies in new legislation.

When Clement proposed amendments to the Food and Drugs Act in April, natural medicines were lumped in with pharmaceutical drugs, raising concerns they would be subject to the same type of oversight. He now admits it was a mistake not to create a separate category under the law.

“My attitude is a bill is a work in progress. Let’s see whether we are clearly getting out the things that we want to do in a particular bill. In this case, obviously protecting the health and safety of Canadians was and remains the motive for the bill,” Clement said in an interview Friday. 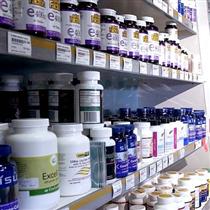 Natural health products like these were under threat as part of Conservative legislation.
Ward Perrin / VANCOUVER SUN

But he added it “became clear that some things that we thought were implicit in the bill” needed to be spelled out.

“So, I listened to that, I listened to my own caucus who were getting the feedback from people as well, and to me it was a no-brainer. We can make the bill a better bill. We can make it explicitly, as well as implicitly, more balanced, and we still achieve our goals, which is protecting the health and safety of Canadians,” said Clement.

The government is now proposing to insert a definition of natural health products into the Food and Drugs Act to “clearly recognize” that they’re distinct from foods and drugs under the law.

“Canadians have clearly expressed the desire to recognize natural health products as a unique category of products,” a ministry backgrounder states about changes tabled in the House of Commons.

And as a lower-risk product than prescription drugs, the government is proposing other changes to make it clear natural medicines will follow a different process to get to market. The new amendments make explicit mention that traditional knowledge and history of use can be considered for obtaining authorization to sell a natural health product.

These key changes come after the Canadian Health Food Association, which represents manufacturers, wholesalers and retailers in the natural products industry, organized rallies across the country calling for natural health products to be recognized as a consumer product distinct from food and drugs.

Clement also met last week with association representatives, where they pressed their case. “We really felt he was listening,” president Penelope Marrett said in an interview.

“We want to give full credit to the minister for hearing the concerns and trying to find ways to address the concerns.”

Clement also acknowledges the legislation tabled in April needed to be further clarified to assuage concerns about the powers of inspectors to enter health-food stores and seize their products.

The Natural Health Products Protection Association had launched a separate campaign, complaining about the “police state” powers to search private property for illegal products. The proposed legislation read “like a police state manual” and the “real danger is regulating them is to ‘over-regulate’ them off of the market,” the group claimed in campaign materials.

After organizing demonstrations across the country last month, the campaign moved online with a “Stop Bill C-51” Facebook group.

“There have been concerns raised about the perceived lack of safeguards regarding the exercise of inspector powers,” the ministry backgrounder states.

The government’s new amendments clarify that inspectors can only detain a product to identify or prevent a health risk or to prevent inaccurate representations. And a seized article can only be detained for the time needed to decide whether the product is dangerous.

“This amendment aims to address the concern that prolonged assessment of seized products could have a significant financial impact, particularly for smaller companies.”

This group still wants the bill to be scrapped, rather than amended.

“There are so many issues with the bill, you have to start from scratch.”