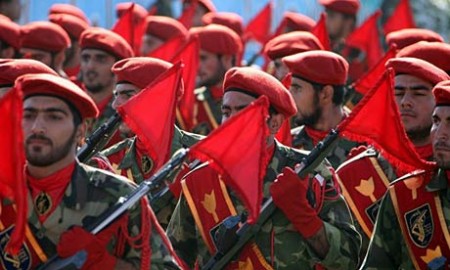 Investigators have identified a number of British arms dealers trading with Tehran, triggering alarm among government officials who fear Iran’s nuclear programme may be receiving significant support from UK sources.

The probe by customs officers suggests that at least seven Britons have been defying sanctions by supplying the Iranian air force, its elite Revolutionary Guard Corps, and even the country’s controversial nuclear ambitions.

Officials say they are perturbed by the number of British dealers who appear to be trading with Tehran, despite a third round of restrictions being recently imposed by the United Nations on exporting arms and components to Iran. However, investigators argue that it is the generous riches being offered by Iran, not any shared ideology, that is seducing the dealers.

Among the examples uncovered is the case of a UK businessman caught smuggling components for use in guided missiles through a front company that proved to be the Iranian Ministry of Defence. Another case involves a group that included several Britons which, investigators alleged, attempted to export components intended to enhance the performance of Iranian aircraft.

Other examples involve a British millionaire arms dealer caught trading machine-guns used by the SAS and capable of firing 800 rounds a minute with a Tehran-based weapons supplier.

Customs offers are also working on a number of ‘active investigations’ which include several Britons and breach sanctions aimed at curbing Iran’s military strength.

At least two other UK nationals are also being investigated over claims they are working, or have worked with, Iran to import components for the country’s alleged nuclear weapons programme. These individuals are understood to have long-standing links to nuclear scientist Abdul Qadeer Khan, Pakistan’s ‘father of the bomb’, who has admitted helping North Korea, Iran and Libya to develop nuclear weapons.

A Foreign Office source said evidence that Iranian authorities are contacting British companies as it tries to circumvent sanctions ‘through the backdoor’ was a concern. ‘We shouldn’t be naive enough to know that [Iran] will not try to get these items,’ he added.

Among those identified are London businessman Mehrdad Salashoor, who was caught shipping hi-tech navigation equipment adaptable for missile guidance systems to the Iranian military. When the 56-year-old asked British authorities about the licences required to export 11 ‘gyrocompass’ devices worth £650,000 to Azerbaijan he was informed that he would require a special export licence.

Undeterred, he sent the consignment without licence to Malta with instructions for an onward shipment to an Iranian company. British investigators later discovered that the ‘firm’ was the Iranian Ministry of Defence. Other paperwork uncovered by officials revealed that Salashoor had also received arms orders from the Iranian air force and navy. The operation was conducted under the auspices of the missile technology control regime, an arrangement involving 34 countries and aimed at tackling ‘weapons of mass destruction’. Salashoor has been jailed for 18 months and told to surrender more than £430,000 in assets. Anxiety mounted recently after satellite imagery appeared to indicate a previously unknown facility in its long-range missile programme.

Another Briton, John Knight, one of Britain’s most experienced arms dealers, has also been jailed for four years after trying to sell 130 machine guns in an Iranian deal. Millionaire Knight, who lived in a gated community in Kent and was regarded by neighbours as a normal businessman, traded through an offshore company, Endeavour Resources, based in the British Virgin Islands.