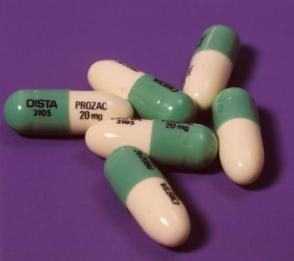 In the UK, an estimated 3.5 million people take the drugs, collectively known as selective serotonin reuptake inhibitors (SSRIs), in any one year and 29 million prescriptions were issued in 2004. Prozac, the best known of the SSRIs made by Eli Lilly, was the world’s fastest-selling drug until it was overtaken by Viagra.

In the study, researchers conducted a meta-analysis of all 47 clinical trials, published and unpublished, submitted to the Food and Drug Administration in the US, made in support of licensing applications for six of the best known antidepressant drugs, including Prozac, Seroxat – which is made by GlaxoSmithKline – and Efexor made by Wyeth. The results showed the drugs were effective only in a very small group of the most extremely depressed.

Two drugs were excluded from the study because of incomplete data. A third drug, chemical name nafazodone, has been withdrawn from the market because of side-effects.

Professor Irving Kirsch of the University of Hull, who led the study published in the online journal Public Library of Science (PLoS) Medicine , said the data submitted to the FDA would also have been submitted to the licensing authorities in Britain and Europe. It showed the drugs produced a “very small” improvement compared with placebo of two points on the 51-point Hamilton depression scale.

That was sufficient to grant the drugs a licence but did not meet the minimum three-point difference required by the National Institute for Clinical Excellence (Nice) to establish “clinical” significance. Yet Nice approved the drugs for use on the NHS in the UK because it only had access to the published trials, which showed a larger effect.

Professor Kirsch said: “Given these results, there seems to be little reason to prescribe antidepressant medication to any but the most severely depressed patients, unless alternative treatments have failed to provide a benefit. This study raises serious issues that need to be addressed surrounding drug licensing and how drug trial data is reported.”

Five years ago, there were allegations that antidepressant drugs were addictive and could trigger suicides. All but Prozac were banned for children, although a major investigation on the safety of medicines cleared them of causing suicide in adults.

Alternative treatments for depression, such as counselling or physical exercise , should be tried first, Professor Kirsch said. The pharmaceutical companies had withheld data that was available to the licensing authorities so that doctors and patients did not understand the true efficacy, or lack of it, of the drugs.

“This has been the frustration. It has made it very difficult to answer the question of whether the drugs work. The pharmaceutical companies should be obliged when they get a drug licensed to make all the data available to the public. When you analyse all the trials of these SSRIs, both published and unpublished, it leads you to more sober conclusions,” he said.

Tim Kendall, deputy director of the Royal College of Psychiatrists’ research unit, said the findings, if proved true, would not be surprising. As head of the National Collaborating Centre for Nice guidelines on mental health, he said it had proved impossible to get access to unpublished trials in the past.

“The companies have this data but they will not release it. When we were drawing up the guidelines on prescribing antidepressants to children [in 2004] we wrote to all the companies asking for it but they said no. The Government pledged in its manifesto to compel the drug companies to give access to their data but that commitment has not been met.”

The new finding would make doctors “much more cautious about prescribing the drugs,” Mr Kendall added.

Lilly said in a statement: “Extensive scientific and medical experience has demonstrated that fluoxetine [Prozac] is an effective antidepressant.

On the new training for therapists, Mr Johnson said the programme signalled a decisive shift away from drugs in favour of non-drug treatments for depression. “We are not taking the decision away from clinicians,” he said.

“For many, medication is successful. But talking therapies can have dramatic effects. We have put a lot of emphasis on medication in the past and it is about time we redressed the balance and put more emphasis on talking treatments.”