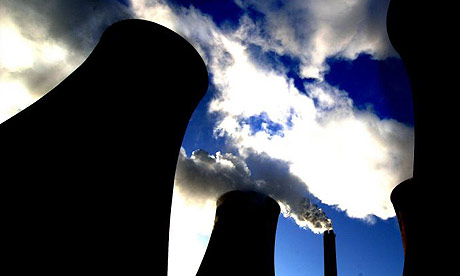 The report, a follow-up to a study first published in 2002, said the latest modelling now suggested that temperatures would rise by between 2.5C and 3C over the next century. Periods of very cold weather would become less common, but heatwaves would become more common.

It pointed out that the heatwave in France in 2003, which contributed to more than 14,000 premature deaths, had been attributed by climatologists, in part, to the influence of human behaviour on the climate,

“The air pollution climate of the UK will continue to change,” the report went on.

“Though concentrations of a number of important pollutants are likely to decline over the next half-century, the concentration of ozone is likely to increase. This will increase attributable deaths and hospital admissions.

“The increases are likely to be significant: with the least constraining assumptions … up to about 1,500 extra deaths and hospital admissions per annum might be expected.”

The report also said that new studies had confirmed the effects of increased exposure to ultra-violet light. “Skin cancers are expected to increase.”

On malaria, the report said there was a very slight chance that the disease could return to the south of England during the next 50 to 100 years. But outbreaks were likely to be rare and to involve a small number of people.

However, health authorities would have to be on the alert for the emergence of new, more deadly strains of mosquitoes in Europe and the possibility that they could arrive in wetland areas of Britain.

Tick-borne diseases such as Lyme disease were also likely to become more common, but that was more likely to be due to changes in land use than climate change.

Professor Robert Maynard, chairman of the expert panel that wrote the report, said: “Climate change is likely to be one of the major challenges that humanity faces this century. It is important that we assess the possible health impact and take any actions that could minimise the consequences.”

Sir William Stewart, chairman of the Health Protection Agency, which published the report jointly with the Department of Health, said: “Climate change is perhaps the most significant environmental problem which mankind will face in the coming century.

“Efforts to reduce the extent of climate change are of course important, but it is likely that we will have to deal with at least some impacts on health.”

In a foreword to the report, health minister Dawn Primarolo said the national health service would have to adapt to deal with the problems posed by climate change.

Measures would include: ensuring that hospitals were equipped to deal with the effects of heat, gales, and floods; developing local plans for heatwaves, gales and flooding; disaster preparation; and advising people how to adapt to climate change.