– A wide variety of disease is caused by pollution, which kills 16% of the world’s population annually:

Diseases caused by pollution killed 16 percent of the world’s population in 2015 – an estimated nine million premature deaths – according to a report by The Lancet Commission on Pollution and Health.

Health sciences professor Bruce Lanphear of Simon Fraser University authored the report detailing the commission’s findings on the adverse health effects of pollution on a global scale, as featured in Science Daily.

“This is the first global analysis of the impacts of pollution – air, water, soil, occupational – together as well as exploring the economic costs and the social injustice of pollution,” according to Lanphear. “Pollution, which is at the root of many diseases and disorders that plague humankind, is entirely preventable.”

Read moreA wide variety of disease is caused by pollution, which kills 16% of the world’s population annually

“Together with BigAgri land pollution, River Pollution, Plastic oceans, Chemtrails, it definitely looks like we the people have allowed the Industrial Complex to poison our biosphere.
We deserve it all for trusting greedy people.”

Perhaps not a good choice to raise a family.”

– Tehran in the grip of unprecedented air pollution, over 400 dead:

A thick layer of smog engulfed Tehran, Iran over the last week. The unprecedented pollution levels have set new records while more than 400 people were reported dead.

The PM2.5 levels have reached values exceeding 150 micrograms per cubic meter, thus setting a new record for the area. The particles of 2.5 micrometers in diameters are regarded as extremely dangerous, as they are capable of penetrating human lungs and enter the bloodstream. According to media reports, they are connected to the rising rates of chronic bronchitis, lung cancer, and heart disease.

This week, however, the blanket of smog smothering the Iranian capital has been blamed for a string of deaths and prompted unprecedented emergency measures by the city’s authorities.

According to Habib Kashani, a member of the local municipal council, 412 people have died as a result of air pollution over the last 23 days. All the local schools have been closed down, as of November 17, 2016.

Read moreTehran in the grip of unprecedented air pollution, over 400 dead 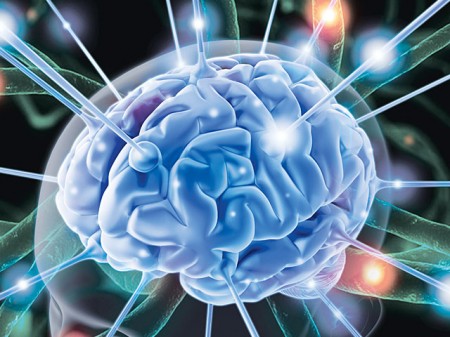 When brain tissue samples were taken from over three dozen people who had lived in the industrial cities of Manchester and Mexico City, researchers found something very peculiar, unlike anything they had studied before. The city dwellers’ brains all had something in common, something that has yet to be fully understood: The frontal cortex of their brains was polluted with magnetite nanoparticles. The brain samples were obtained from people ranging in age from 3 to 92 who had died in fatal accidents; their brains were left intact.

There was ample evidence that the magnetite nanoparticles were taken in through the polluted air of the city. All signs indicated that the particles had penetrated their blood-brain barriers to congregate in the tissue of the frontal cortex. These newly discovered magnetite nanoparticles were shaped differently from what naturally occurs in the brain. In the brains of Alzheimer’s patients, researchers find higher than normal amounts of magnetite particles, indicating an inflammation factor, but these particles are always angular in shape.

– How 16 ships create as much pollution as all the cars in the world:

“Jim Stone raised the issue that the dramatic loss of fish stocks worldwide, was most probably nothing to do with Fukushima but more likely simple over-fishing of particular species.
Nevertheless, we (I mean Global Corporations with our ignorant, benign approval) have been dumping all sorts of toxic crap into our “DUSTBIN” oceans for decades for our fish stocks to consume.
Now the wheel turns, yet again!” 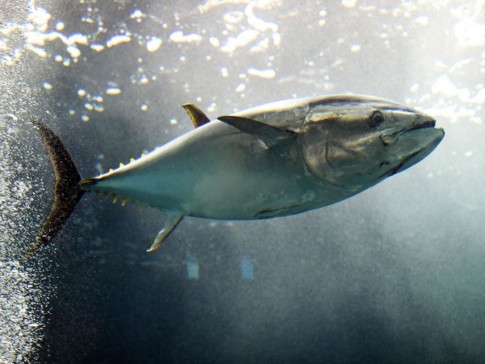 – The chemicals mankind dumped in the sea are coming back to poison our children:

The body’s first line of defence against harmful chemicals is being hampered by toxins such as DDT, PCBs and flame retardants found in fish, study finds

Poisonous chemicals dumped in the sea are coming back to haunt us in the fish we eat, interfering with a “critical defence system” of the body, according to new research.

The scientists warned that newborn babies are particularly at risk as they are exposed to high concentrations of the pollutants in breast milk and their defence mechanism is not yet fully developed. 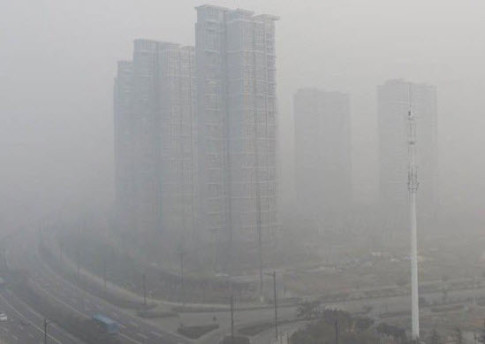 Just a week after Beijing’s major literally had his head saved, thanks to a cold front which swept away some of the worst pollution ever, the city has raised the alarm once again.. but this time to a record level. For the first time ever, the municipal government has issued a so-called red pollution alert – imposed car bans and suspending schools – after acrid-smelling haze returned to the Chinese capital.

Residents of north-eastern China donned gas masks and locked themselves indoors on Sunday after their homes were enveloped by some of the worst levels of smog on record.

Levels of PM2.5, a tiny airborne particulate linked to cancer and heart disease, soared in Liaoning province as northern China began burning coal to heat homes at the start of the winter.

The Environmental Protection Agency (EPA), the federal organization in charge of fining and arresting people and companies for damage done to the environment, spilled over a million gallons of toxic waste into the Animas river in Colorado this week. The waste came from an abandoned mining operation and turned the entire river a disgusting shade of bright orange.

The EPA admitted earlier this week that the spill occurred while workers from the agency were using heavy machinery to open the Gold King Mine, an operation that was shut down some time ago. While trying to enter the mine, the machines busted a shaft that was filled with wastewater, creating a leak into the river.

At first, the EPA attempted to downplay the spill and act like there was nothing wrong, but they were heavily criticized for those initial statements.