In case you weren’t aware, several of China’s major cities have experienced record-breaking, extremely dangerous levels of smog in recent days. For example, here is a shocking picture of Lianyungang, China: 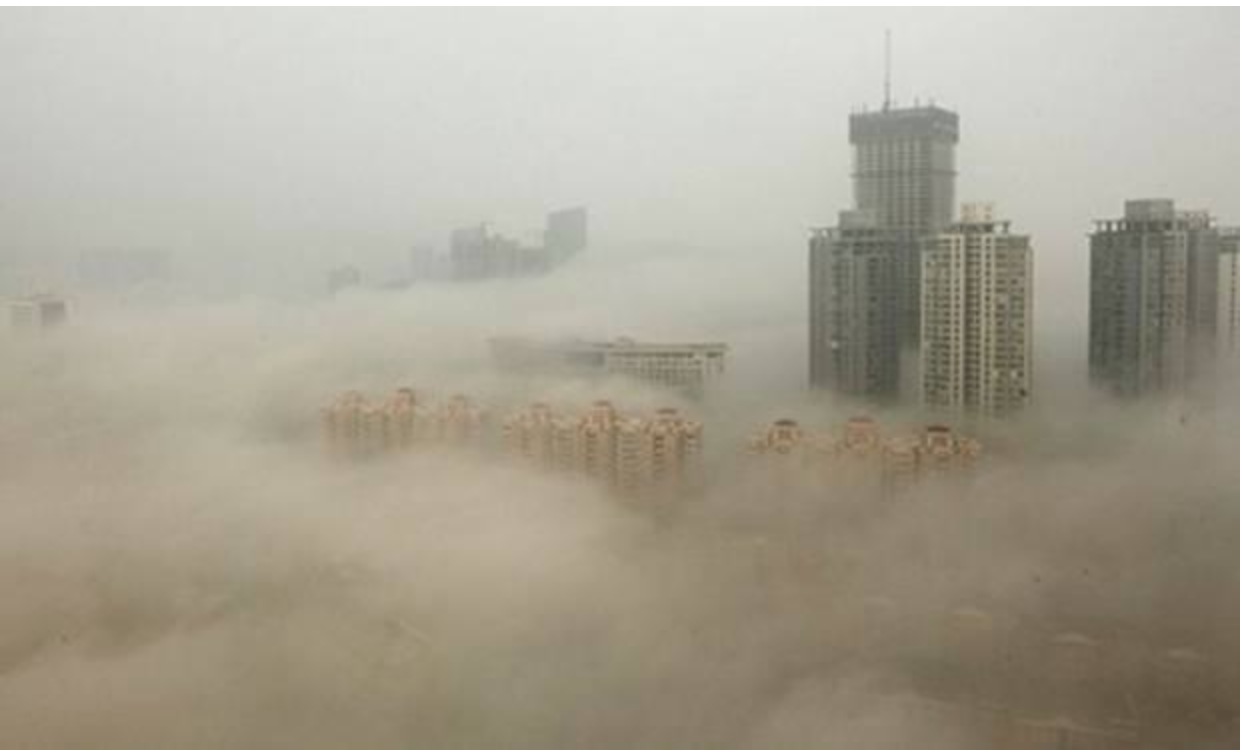 So how did China’s state-run media decide to respond to this environmental and public health disaster? With ridiculous propaganda about the “unexpected benefits” of smog of course. You have to see this to believe it.

China’s noxious air pollution has made people smarter, funnier and impervious to missile attacks, the country’s official media reported this week, as a toxic cloud covering half of the country began to lift.

On Monday the website of the state broadcaster CCTV published a list of five “unexpected benefits” brought by the smog.

It said the haze had unified Chinese people, as they found solidarity in their complaints; equalised them, as both rich and poor people were vulnerable to its effects; enlightened them, as they realised the cost of rapid growth; and “made Chinese people more humorous”, as smog-related jokes proliferated on the internet.

It had also helped to educate people, it said. “Our knowledge of meteorology, geography, physics, chemistry and history has progressed.”

As I have said many times before, The Onion is a short.

This year China has registered its highest pollution levels in 52 years, according to state media. More than 100 Chinese cities spanning half the country spent early December enveloped by smog. Both articles attracted such vitriol online that the media outlets quickly took them down. By Tuesday afternoon “benefits of smog” was a trending topic on China’s most popular microblog, Sina Weibo, racking up 240,000 posts.