– Why Opting for Organic Cotton Matters 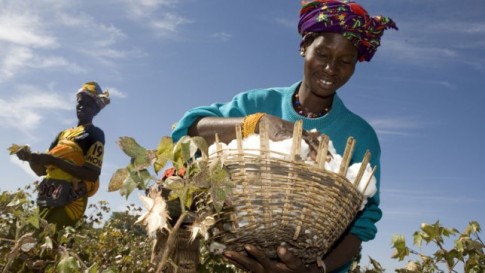 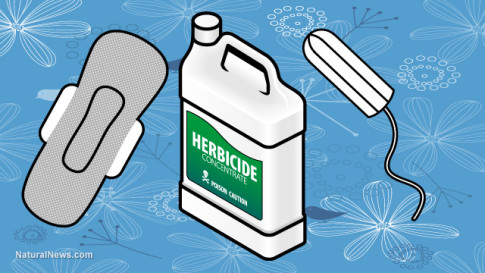 – Are you putting Monsanto in your vagina? 85% of tampons and feminine hygiene products contaminated with cancer-causing glyphosate herbicide:

In the late 1970s and early 1980s, over 50 American women were killed by their tampons. Although the FDA and the feminine hygiene industry have gone to tremendous lengths to try to memory hole this true history (and label it just a “rumor”), tampons made from certain non-natural fibers were found to harbor deadly bacteria and release a sufficient quantity of chemicals to kill or injure over a thousand women.

As the Organic Consumers Association has published:

The worst offenders were Procter and Gamble’s ultra-absorbent Rely tampons. According to the book Soap Opera: The Inside Story of Procter and Gamble, the company dismissed consumer complaints about the tampons for years. A 1975 company memo disclosed that Rely tampons contained known cancer-causing agents and that the product altered the natural organisms found in the vagina. Rely tampons were taken off the shelves in 1980, but many women claim they left a legacy of hysterectomies and loss of fertility.

Read moreAre you putting Monsanto in your vagina? 85% of tampons and feminine hygiene products contaminated with cancer-causing glyphosate herbicide

CHINESE investment in Australia almost doubled last year as the world’s second-largest economy flexed its economic muscles abroad, according to new data from the Ministry of Commerce.

Recent Chinese investment in Australia includes the sale of Australia’s largest cotton producer, Cubbie Station, to a Chinese-led consortium, approved by the Foreign Investment Review Board on Friday.

Chinese companies – both private and state-owned – invested a total of $3.2 billion in Australia in 2011, an 86 per cent increase from 2010. Australia is the third-most-popular investment destination behind the European Union and the ASEAN countries.

Our morning ritual speaks of our love affair with cotton: we throw off crisp cotton sheets, shower and dry ourselves with thick cotton towels, sweep fluffy cotton balls over our face, then slip on cotton panties, socks, t-shirts, jeans and jackets. With cotton so much in demand, we ask growers and seed developer Monsanto if the trade is fair, in a film that beats to the ancient rhythms of cotton production.

India is the world’s second largest producer, one of the largest consumers and one of the largest producers of organic cotton. Rural life revolves around it. Barefoot farmers plough their cotton fields. Traditional handlooms work the yarn – weavers working for wages their children would never accept. When the cotton is “sized” huge swathes of fabric run through the village.

Since 2002 India has replaced almost all its native varieties with genetically modified seeds – known as BT cotton – containing toxins that destroy pests. The price of cotton seed has soared from 9 rupees a kilo to a staggering 4,000. The cotton farmer’s life is a hard one; they treat their crops “like children,” since wildlife may destroy them and “man is so dependent on money.” Children toil in the fields for less than $2 a day.

Monsanto says farmers buy seeds developed with its technology as they have confidence in their yields. But Greenpeace claims GM farmers get into 80% more debt. Farmers blame suppliers when their seed turns out to be sterile: “Everything they said was a lie.” Experts examine plants and fail to find male/female parts to them. Monsanto denies its seeds carry a “Terminator” gene but Tiruvadi Jagadisan – former head of Monsanto India – alleges they do: “Introducing genetically modified seeds is murder!”

Companies that genetically engineer crops have a lock on what we know about their safety and benefits.

We don’t have the complete picture. That’s no accident. Multibillion-dollar agricultural corporations, including Monsanto and Syngenta, have restricted independent research on their genetically engineered crops. They have often refused to provide independent scientists with seeds, or they’ve set restrictive conditions that severely limit research options.

This is legal. Under U.S. law, genetically engineered crops are patentable inventions. Companies have broad power over the use of any patented product, including who can study it and how.

Agricultural companies defend their stonewalling by saying that unrestricted research could make them vulnerable to lawsuits if an experiment somehow leads to harm, or that it could give competitors unfair insight into their products. But it’s likely that the companies fear something else as well: An experiment could reveal that a genetically engineered product is hazardous or doesn’t perform as promised. 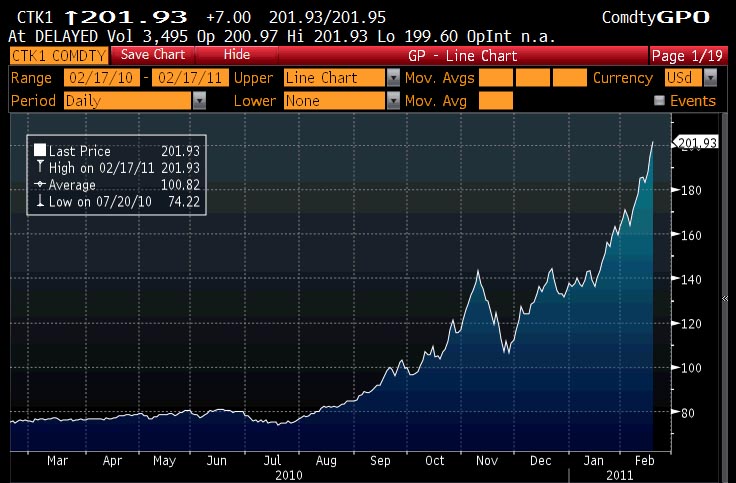 Last week, when commenting on cotton’s torrid YTD performance, we noted “A retest of the $2 psychological price barrier is now guaranteed and is on next week’s docket.”

This despite the ICE’s 25% hike in initial and maintenance margins.

Sure enough, as expected, cotton has just passed the $2 price (an all time record obviously).