– ENGDAHL: ‘Trump is a Puppet of the Deep State’

My new book is called “The Lost Hegemon”. A hegemon is the dominate power, the super-power. The US has been the global hegemon since 1945 and, accordingly, this book is about the USA today and their lack of clear strategy besides spreading war and destruction. The reason behind such is that they have ruined their domestic economy though the accumulation of debt and the bank scandals of 2007 and 2008. The boring old patriotic people like David Rockefeller or George Soros share the delusion that they actually own the US and can use it to beat up anybody in the world. But they are losing power.

Read moreHUMANITY vs INSANITY: The Greek Tragedy Pt2 – ‘There Is No Way That Greece Can Ever Recover From This’ – with F. William Engdahl (Video) 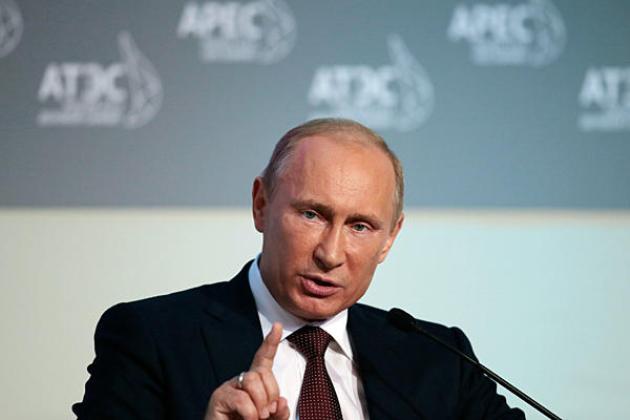 On April 26 Russia’s main national TV station, Rossiya 1, featured President Vladimir Putin in a documentary to the Russian people on the events of the recent period including the annexation of Crimea, the US coup d’etat in Ukraine, and the general state of relations with the United States and the EU. His words were frank. And in the middle of his remarks the Russian former KGB chief dropped a political bombshell that was known by Russian intelligence two decades ago.

Putin stated bluntly that in his view the West would only be content in having a Russia weak, suffering and begging from the West, something clearly the Russian character is not disposed to. Then a short way into his remarks, the Russian President stated for the first time publicly something that Russian intelligence has known for almost two decades but kept silent until now, most probably in hopes of an era of better normalized Russia-US relations.

Read moreWilliam Engdahl: What If Putin Is Telling The Truth? 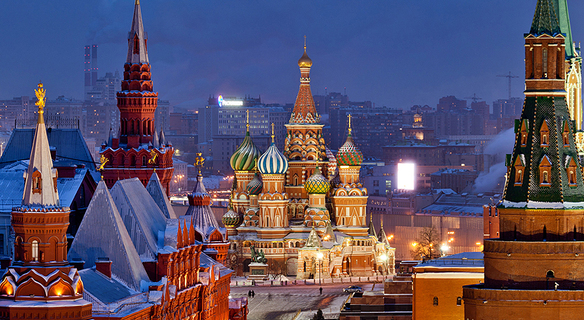 Something remarkable is taking place in Russia, and it’s quite different from what we might expect. Rather than feel humiliated and depressed Russia is undergoing what I would call a kind of renaissance, a rebirth as a nation. This despite or in fact because the West, led by the so-called neo-conservatives in Washington, is trying everything including war on her doorstep in Ukraine, to collapse the Russian economy, humiliate Putin and paint Russians generally as bad. In the process, Russia is discovering positive attributes about her culture, her people, her land that had long been forgotten or suppressed.

Col Fletcher Prouty explains how oil was falsely classified a “fossil fuel” in 1892 and how that deception was advanced further in the 70’s by Kissinger and Rockefeller. Prouty also explains that Nixon/Kissinger/Rockefeller were seeking a ‘world oil price’. That effort created what many now call the “Petrodollar” and the impact of that mistake is playing out still today across the planet. Both Sadam Hussein and Libya’s Ghadafi were stopped (murdered) when they attempted to sell oil in 1) Euros or 2) Dinars.

Col. Prouty spent 9 of his 23 year military career in the Pentagon (1955-1964): 2 years with the Secretary of Defense, 2 years with the Joint Chiefs of Staff, and 5 years with Headquarters, U.S. Air Force. In 1955 he was appointed the first “Focal Point” officer between the CIA and the Air Force for Clandestine Operations per National Security Council Directive 5412. He was Briefing Officer for the Secretary of Defense (1960-1961), and for the Chairman of the Joint Chiefs of Staff. 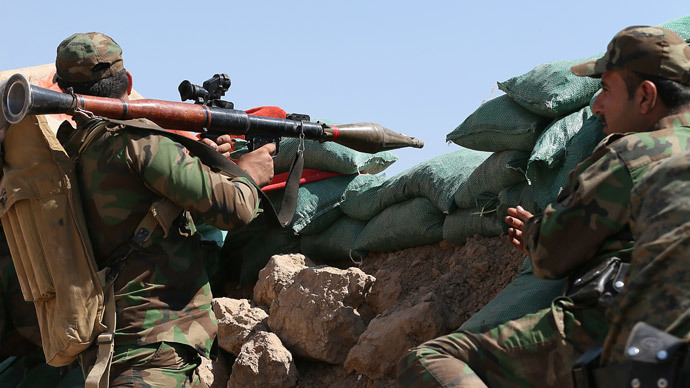 Iraqi Kurdish forces take position near Taza Khormato as they fight jihadist militants from the Islamic State of Iraq and the Levant (ISIL) positioned five kilometers away in Bashir, 20 kms south of Kirkuk

For days now, since their dramatic June 10 taking of Mosul, Western mainstream media have been filled with horror stories of the military conquests in Iraq of the Islamic State in Iraq and Syria, with the curious acronym ISIS.

ISIS, as in the ancient Egyptian cult of the goddess of fertility and magic. The media picture being presented adds up less and less.

Details leaking out suggest that ISIS and the major military ‘surge’ in Iraq – and less so in neighboring Syria – is being shaped and controlled out of Langley, Virginia, and other CIA and Pentagon outposts as the next stage in spreading chaos in the world’s second-largest oil state, Iraq, as well as weakening the recent Syrian stabilization efforts.

A German farmer has revealed shocking GMO company tactics to silence him in an exclusive interview with RT Op-Edge.

German dairy farmer, Gottfried Glöckner, has told William Engdahl about attempted blackmail, character assassination and, ultimately, wrongful imprisonment he suffered when he refused to back off his charges that the Anglo-Swiss GMO company, Syngenta, had provided him with highly toxic GMO Maize seeds that ruined his prize dairy herd and his land.

After spending two years in prison, Glöckner is traveling round the world to tell the story and warn the public of the extreme danger of GMO seeds.

William Engdahl: Mr Glöckner, we’ve known each other since just before you were wrongfully sentenced to prison, but it is only recently that you have legally been able to tell your real story to the public. Please give us a little background.

Gottfried Glöckner: Since 1995 when genetically modified RoundupReady (RR) Soy was imported into the EU, approved under the principle ‘substantially equivalent,’ I had been interested in the subject GMO technology in plants. When in 1997 the EU approved the commercial sale of Syngenta GMO corn (Syngenta Bt176) I decided, as a farmer interested in new better technologies, to grow Syngenta’s Bt176 on my land. 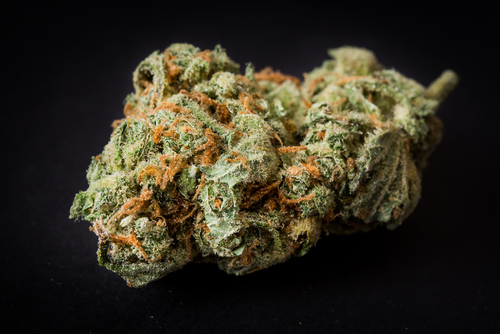 – Is There A Connection Between Monsanto And The Legalization Of Marijuana In Uruguay? (Kopp, Feb 28, 2014):

In April, Uruguay, after a vote by the Parliament as the first country in the world to legalize the cultivation, sale and consumption of marijuana. Cannabis users can buy a maximum of 40 grams per month, unless they are Uruguayan citizens at least 18 years old and registered in a public database, is monitored by means of which the quantity they buy per month in specially licensed pharmacies. Less well known is what the seed and genetic engineering giant Monsanto is doing to develop patented cannabis plants, and has also played the role of billionaire speculator George Soros for the legalization.

Read moreThe Connection Between The Legalization Of Marijuana In Uruguay, Monsanto And George Soros – By William Engdahl