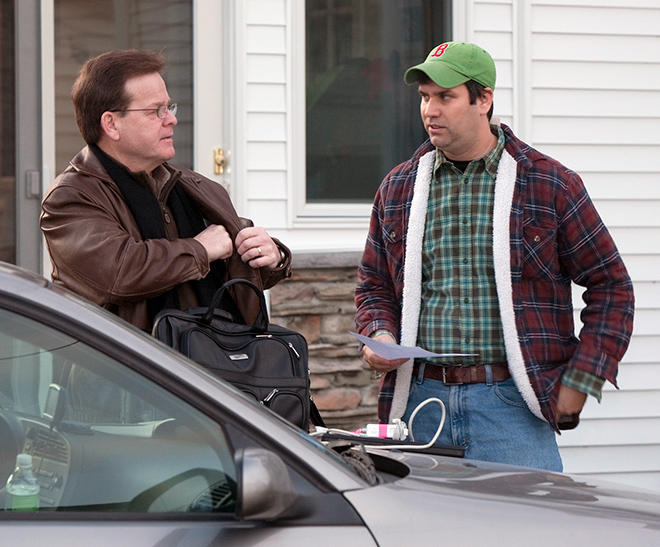 Special agents from the TSA’s Office of Inspection interrogated two U.S. bloggers, one of them an established travel columnist, and served them each with a civil subpoena demanding information on the anonymous source that provided the TSA document.

The document, which the two bloggers published within minutes of each other Dec. 27, was sent by TSA to airlines and airports around the world and described temporary new requirements for screening passengers through Dec. 30, including conducting “pat-downs” of legs and torsos. The document, which was not classified, was posted by numerous bloggers. Information from it was also published on some airline websites.

Transportation Security Administration spokeswoman Suzanne Trevino said in a statement that security directives “are not for public disclosure.”

“TSA’s Office of Inspections is currently investigating how the recent Security Directives were acquired and published by parties who should not have been privy to this information,” the statement said.

Frischling, a freelance travel writer and photographer in Connecticut who writes a blog for the KLM Royal Dutch Airlines, said the two agents who visited him arrived around 7 p.m. Tuesday, were armed and threatened him with a criminal search warrant if he didn’t provide the name of his source. They also threatened to get him fired from his KLM job and indicated they could get him designated a security risk, which would make it difficult for him to travel and do his job.

“They were indicating there would be significant ramifications if I didn’t cooperate,” said Frischling, who was home alone with his three children when the agents arrived. “It’s not hard to intimidate someone when they’re holding a 3-year-old [child] in their hands. My wife works at night. I go to jail, and my kids are here with nobody.”

Frischling, who described some of the details of the visit on his personal blog, told Threat Level that the two agents drove to his house in Connecticut from DHS offices in Massachusetts and New Jersey and didn’t mention a subpoena until an hour into their visit.

Starting this year, Americans will have to get government approval to travel by air. As Privacy Journal revealed last fall, henceforth “Permission Now Needed to Travel Within U.S.” Getting a reservation and checking-in for air travel will soon require Transportation Security Administration authorization. That permission is by no means assured: For example, if your name matches a “no-fly” list, even mistakenly, you can be denied the right to a reserve a seat on a flight. If your name is on a “selectee” list, you and your possessions will be searched more thoroughly before you can board. What is going on here?

Protecting air safety is essential, but professional screening at airports already provides for it. Giving the TSA as an official agency the additional authority to decide who gets to go where reaches beyond safety into overextended governmental power. This newly minted “Secure Flight” rule fundamentally imbalances long-standing citizens’ rights both to travel and to be left alone. If your name appears among hundreds of thousands on “watchlists,” you assert that the government should not require ID to fly, you don’t want to reveal your date of birth for concern about identity theft, or you don’t choose to declare your gender, you can stay home.

By combining the requirement for government photo IDs in order to fly with checking government watchlists including potentially every passenger, “Secure Flight” puts the federal government into the business of licensing travel. All travelers will need government OK in order to board a flight, or take a cruise. What the government can allow one day, it can forbid the next. All things considered, isn’t this a higher-tech and later-day version of South African domestic passports or eastern European checkpoints? In fact, because of the high technological capacity of the U.S. version, aren’t its implications for travel control of plane, train, bus and subway travel much more far reaching? It’s incredible that something like this is happening relatively unrecognized in America.

Read moreUS: Government Permission Will Be Required To Travel

After having begun a series of investigative stories criticizing the Transportation Security Administration (TSA) in May 2008, CNN reporter Drew Griffin reports being placed with more than a million other names on TSA’s swollen terrorism watch list.

Congress has asked TSA to look into the tribulations of this prominent passenger.

Read moreAre You On the Terror Watch List? Good Luck Getting Off It

Airports in New York and Los Angeles have become the latest equipped with body scanners that allow security screeners to peer beneath a passenger’s clothing to detect concealed weapons.

The machines, which are about the size of a revolving door, use low-energy electromagnetic waves to produce a computerized image of a traveler’s entire body.

Passengers step in and lift their arms. The scans only take a minute, and Transportation Security Administration officials say the procedure is less invasive than a physical frisk for knives, bombs or guns.

Someday, the “millimeter wave” scans might replace metal detectors, but for now they are being used selectively.

Modest travelers may have concerns about the images.

The black and white, three-dimensional scans aren’t as vivid as a photograph, but they do reveal some of the more intimate curves of the human form, maybe with as much clarity as an impressionist sculpture by Auguste Rodin.

Read moreBody Scanners at Airports in NYC and LA