According to the IG’s deputy Timothy Camus, two “lower-graded” employees at the IRS center in Martinsburg, West Virginia, erased 422 computer backup tapes that contained as many as 24,000 emails to and from former IRS official Lois Lerner.  It gets better: the tapes were erased in March 2014, months after congressional investigators requested all of Lerner’s emails, and months after Zero Hedge, among many others, said to simply track down the server back ups. And the punchline: according to George, the workers might be incompetent, a lead investigator said Thursday, but there is no evidence they were part of a criminal conspiracy to destroy evidence.

Yesterday, the republican campaign to get to the bottom of IRS’ targeting of conservative groups was dealt an absolutely idiotic blow when the IRS, in all seriousness, announced that it had lost two years worth of emails to and from the chief subject of the investigation: former agency official Lois Lerner. 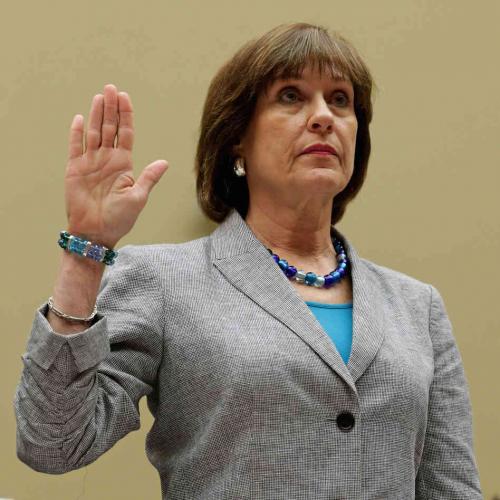 As House Ways and Means Commitee chairman Dave Camp said, “The fact that I am just learning about this, over a year into the investigation, is completely unacceptable and now calls into question the credibility of the IRS’s response to congressional inquiries,” he said in a statement. “There needs to be an immediate investigation and forensic audit by Department of Justice as well as the Inspector General.”

According to NRO, the agency informed Camp that a computer crash resulted in the loss of e-mails between January 2009 and April 2011 sent between Lerner and outside agencies such as the White House and the Department of Justice. “Those messages are particularly relevant given revelations earlier this week that the agency in 2010 transmitted a database to the FBI containing confidential taxpayer information, potentially in violation of federal law.”