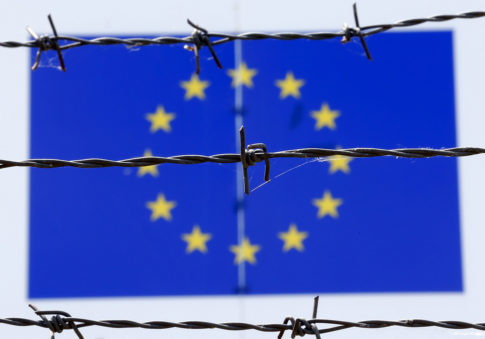 The European Commission has launched a legal case against Poland, Hungary and the Czech Republic, for refusing to take in asylum seekers, escalating a bitter feud within the 28-nation bloc about how to deal with the Pandora’s box opened up Angela Merkel’s 2015 “Open Door” policy, which has since slammed shut.

On the heels of Czech President Milos Zeman’s warnings of a possible “super-Holocaust” carried out by Muslim terrorists, urging citizens to arm themselves, WaPo reports the country’s interior ministry is pushing a constitutional change that would let citizens use guns against terrorists if police are delayed or unable to make their way to the scene of an attack.

Czech Republic President Miloš Zeman, much like his fellow Visegrad Four group allies, is tough on mass migration and has announced that he wants to see all illegal economic migrants deported.

Stating that it is not enough to crack down on illegal migration, President Zeman told the Financial Times that he wants to deport any illegal migrants who came to Europe during the migrant crisis for economic reasons rather than legitimately fleeing oppression in their home countries, reports Bild.

“Of course, I recognise the cruelty of the civil war in Syria, Iraq and so on, but we are not talking about these people, but of economic migrants,” Mr. Zeman said.

From The Daily Express:

CZECH President Milos Zeman has called for a total ban on migrants and refugees entering his country to prevent Islamist attacks.

He said allowing even one refugee into the country was too high a risk in the wake of attacks in Germany and France. 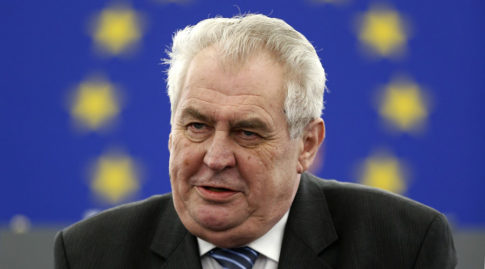 The president of the Czech Republic, Milos Zeman, has called for a referendum on his country’s membership in the EU and NATO. Although Zeman wants to remain in both organizations, he wants the public to have a chance to “express themselves.”

Support for the EU is waning in the central European country. In April, a poll conducted by the CVVM institute showed that just 25 percent of the population is satisfied with their membership in the bloc, as cited by Reuters. Twelve months earlier, that figure had stood at 32 percent.

As Norway offers cash for refugees to leave, announcing that they won’t be accepting any more refugees from the EU, and Switzerland prepares its military to close down borders, the EU has seemingly had enough of every country acting as if it has any type of sovereignty left. The European Commission has announced that it is going to pull rank on everyone, and in Obama-like fashion, will be fining countries for not taking their fair share of refugees.

Here is a detailed summary of all that happened today in the ongoing European refugee crisis courtesy of Mish Shedlock.

The European Commission plans fines of $290,000 per person on countries refusing to take in their fair share of refugees.

This plan is aimed straight at Poland, Slovokia, Hungary, the Czech Republic, and Austria.