– One Giant Financial STD and Everybody is Infected – Bill Holter:

Precious metals expert and financial writer Bill Holter said last summer that the Fed rate increases would tank the economy.  Everywhere you look you see the economy falling apart.  House prices and sales are down.  Banks are clocking record losses, vehicle prices are falling and unemployment is rising.  The economy has not completely crashed, but it will.  Holter explains, “There are over $2,000 trillion worth of derivatives outstanding on a global economy . . . that has maybe a little more than $500 trillion in asset values.  So, you have this dog walking around with a gigantic tail that will shake the dog.

Add to this the announcement from Saudi Arabia that it will now accept payment in currencies other than the U.S. dollar and you have the makings of a destabilizing hyperinflationary catastrophe for America.  Holter says, “There will be other Arab nations to follow, and that is a huge hit to the artificial demand for the dollar.  You had nations all over the world who were forced to buy dollars to buy oil, and that is no longer.  Going one step further, these nations who have stockpiled huge dollar portfolios are no longer required to use dollars.  What do you think is going to happen to them?  Those dollars are going to come back to the U.S., and that will be a hugely inflationary event.  It will add many multiples to the dollar pie that thus will dilute the value.”

What is the Fed going to do?  Holter says, “The Fed is in a box. . . . They will have to make a choice to save the dollar or save the financial system.  They can’t save everything.  Something has to break.  I have said this for years, and that is there are already losses out there, but somebody has to own up to them.  Nobody has had to take the losses because everything has been papered over for so many years where losses were just kicked down the road, and there is no more road.”

Holter goes on to say, “The best way to sum it up is the facade that we have lived our lives through is ending and will completely end.  The reality is going to blow people’s minds.  That will be a depopulation event because people will be starving. . . . The Fed has always feared a deflationary collapse where it cannot inflate the system.  Credit is the foundation to the whole system.   If credit cracks and credits collapses, it means the foundation collapses and thus the entire house.”

It everything is collapsing in price, what happens to gold and silver prices.  Holter says, “Gold and silver are the only real money on the planet that cannot or will not default.”  Holter likes them both and adds, “Silver is the most undervalued asset out there right now.”

There is a lot more in the 48-minute interview. 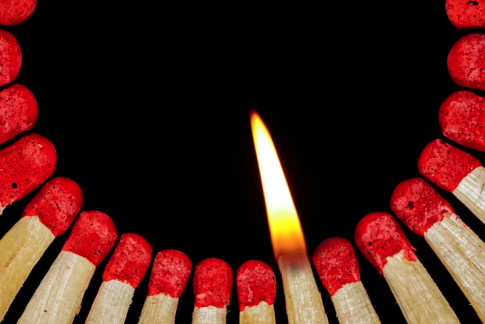 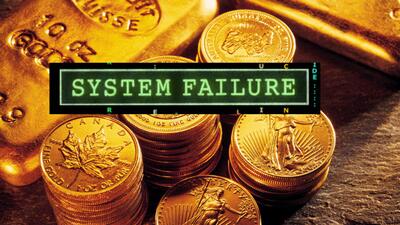