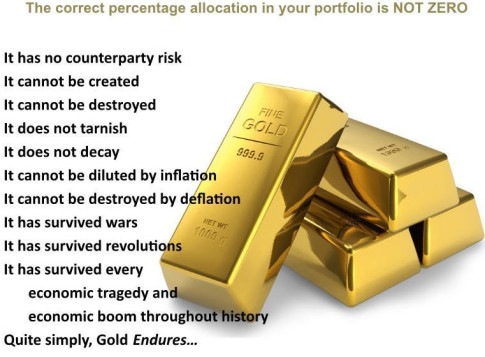 Millions of Iraqis hit the streets of #Baghdad to demand the departure of US occupation forces from their country now.

This is what Mike Pompeo and his neocon friends don’t want us to see. #IraqiProtests pic.twitter.com/3cAfbKEcsP

I thought this was a myth??? https://t.co/uGOxQF5Gjy

The Debate Is Over: In Two Months "Not QE" Officially Becomes QE 4 https://t.co/ZgSDI3yInO

‘We simply can’t get in’: Assange lawyer complains about lack of access to WikiLeaks founder https://t.co/IW6TMVySJM pic.twitter.com/PQ5YcVRUP6

Ghislaine Maxwell’s Personal Emails Were Hacked and Could Be Leaked or Sold https://t.co/aLVsKeG9wN pic.twitter.com/FNGYrSWnML

A ridiculously large crowd of anti-#Macron protesters are making their way to the #PlaceDeLaConcorde in Paris.

It's the place where the statue of Louis XV of France was torn down, the revolutionary government erected a guillotine & where Louis XVI was executed on 21 January 1793 pic.twitter.com/ZZGGJaC6yX

Students at one of #France's best schools (L'ENS in Lyon) join the protest movement while singing the classic #GiletsJaunes song (On est la…?)

Could any French person tell me what the song is about and its history?#MacronDemission #Greve24Janvier pic.twitter.com/lNAcY4KS9G

The anti-Macron movement has mobilized & is promising 1 of its largest street protests ever tonight.

1 of the targets is Emperor #Macron's Presidential Palace

More and more professions join the country-wide strike and protest against Emperor #Macron.

Here we have public finance officials from Paris telling their bosses (on the left) that they can eat their shorts.

How are you going to collect the taxes now Macron:D? pic.twitter.com/IBNZKmnG8q

This is #France tonight.

Hey CNN, BBC! Are you going to show us these huge anti-government protests happening in #France tonight? Or are you too busy telling lies about #Iran? #greve23janvier #YellowVests #GiletsJaunes pic.twitter.com/8CiRhDQd1e

"No One Has Suggested My Son Did Anything Wrong" – Joe Biden Doubles Down On Denial https://t.co/VsSZDhhGVd

CNBC guy: "in the dot com bubble stock valuations were much higher"

actually, they were lower pic.twitter.com/TiV4F843P1

It’s all fixed for the day:

FED BUYS $7.501B OF BILLS FOR RESERVE MANAGEMENT

$180 Billion Asset Manager: "There Is No Way Out, Fed Policies Can No Longer Be Exited Without Provoking The Next Crisis" https://t.co/ugDGnCi64U

According to the Chabad Talmudic Noahide Laws, gentiles may have 'a place in the world to come' if we…
"Understand that the Jewish Nation has an important part in…fixing the world"
and
"To believe in the Jewish people as the chosen nation"#JewishandProud pic.twitter.com/ODR34dAQ8p

And just think of the boost to GDP https://t.co/SwLhThvENV

Fashion is just an excuse for emasculated designers to push their childhood issues on society. https://t.co/E9Hawuc8xE

According to feminist writer Vicky Spratt, men not wanting to date ‘woke’ women is an “insidious” trend that could lead to the radicalization of terrorists. https://t.co/l1kJTHp1Pn pic.twitter.com/j3QgCSl3jP

Is this why you’re helping Saudi Arabia murder children in #Yemen?

Is this why you’re using US troops to steal #Syria’s oil?

Is this why you committed an act of war against #Iran?

Is this why you refuse to leave #Iraq after its government demanded you leave?

What a sick joke. https://t.co/rRYWm3EEaO

Guardian 'journalist' shows why the Guardian is one of the world's most ludicrous newspapers https://t.co/NRMuJgUedb

Almost as if the world power structure is against white straight males. https://t.co/PJgX9QfViT

Today, without communism, Poland is thriving#Venezuela used to be rich… pic.twitter.com/fQ015gXxrD

1 of the EU’s most influential politicians unashamedly pushing fake news to demonize the conservative Polish government. It’s wasn’t the Polish authorities that put up these “LGBT-free zone” signs. It was the leftist photographer/propagandist. Will #Verhofstadt take it down? https://t.co/LZW6nh52OD