Is this the NEW Onion?

Today the UK government voted for transparency. By agreeing to push the UK’s Overseas Territories to publish public registers of the real owners of their companies, the UK has led the world in one of the biggest moves we have seen in the fight against corruption for years. This is HUGE.

Why? Because as so many of our investigations over the years have revealed, corrupt officials, McMafia style-mobsters and oligarchs use companies registered in these Territories, places like the Cayman Islands and British Virgin Islands, to hide their criminal activities.

The anonymous companies for sale in these jurisdictions allow the corrupt and the criminal to steal, hide and move suspect funds around the world. And over a year ago, the Panama Papers demonstrated their importance, as they revealed that more than half of the companies named in the papers were registered in the UK’s Overseas Territories.

So, we’re pretty excited! As one commentator put it, it’s like the World Cup Final for nerds (thanks, Oliver!)

It’s like the world cup final for us nerds!

This hasn’t take us by surprise. It is the result of nigh on a decade of dogged campaigning by civil society, parliamentarians, and investigative journalists who first identified the problem and have pushed for transparency ever since. First at the G8 Summit in 2013, then in 2015 when the UK legislated for its own public register, in 2016 when then Prime Minister David Cameron hosted the Anti-Corruption Sumit, and again in 2017…you get the picture!

Today has been a long time coming and victory is all the sweeter for it. We don’t doubt that there will be bumps along the way, but we’re ready and willing to take them on!

And here’s the moment when we realised it was going to happen: 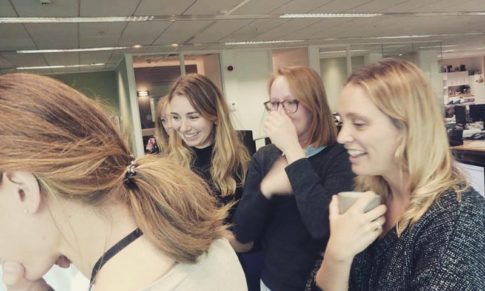 A huge shout out to Dame Margaret Hodge MP, the Rt Hon Andrew Mitchell MP, the APPG for Anti-Corruption, and the APPG for Responsible Taxation and all our civil society buddies – Christian Aid, Transparency International UK, ONE, Oxfam, ActionAid, Cafod, and the Tax Justice Network – for seeing this through!

“Can Thisbe for real?”