– Fourth Nor’Easter Of The Month Could Paralyze North East (Again):

Just when you thought it was the first day of spring… 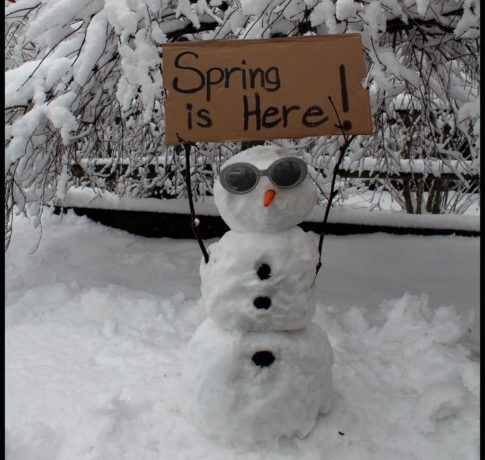 Ed Vallee, head meteorologist at Vallee Weather Consulting LLC., warns of the fourth nor’easter this month — expected to slam into the North East on Wednesday:

“Another coastal storm will take shape Tuesday off the eastern seaboard. Intermittent snow and mixed precipitation will impact the Mid-Atlantic Tuesday then spread into New England Wednesday. Snow will be heavy at times Wednesday into Wednesday night, allowing it to periodically accumulate on roadways despite the higher March sun angle. Snow may impact morning commutes in Baltimore and DC, then impact evening commutes from Philadelphia to Boston Wednesday with low visibility and snow covered roads.

Coastal flooding, gusty winds, and heavy, wet snow is expected which, in tandem, may lead to power outages in some locations. Snowfall will wind down from southwest to northeast Wednesday night.”