“The Social Security Administration itself reports that 62% of recipients rely on the program for at least HALF of their income.

And further research by the Center on Budget and Policy Priorities (CBPP) shows that, without Social Security, 22.1 million Americans would fall below the poverty line.

Needless to say, major cuts to the program would have nuclear effects.” 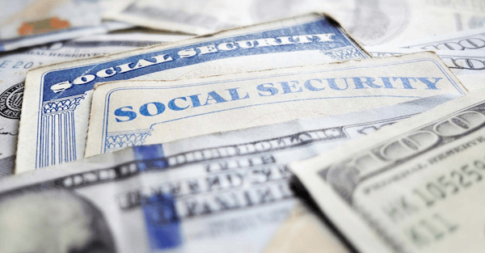 On a deep, dark evening last June in the spectacularly celestial deserts of northern Chile, scientists made a phenomenal discovery.

It was a supernova… one that they named ASASSN-15lh.

This wasn’t just any supernova. It was the BIGGEST and BRIGHTEST supernova ever recorded.

Supernovas are exploding stars whose ejected mass and energy can create a light show so brilliant that they can sometimes be seen with the naked eye in our own night sky.

At its most luminous, ASASSN-15lh was over 500 BILLION times brighter than our own sun, and FAR greater than the previous record holder.

This is so bright that, according to one of the lead researchers, if it had been located within our own galaxy there would have been no darkness on earth for weeks.

Fortunately for us, ASASSN-15lh was from a galaxy far, far away– 3.8 BILLION light years away. So its intensity didn’t have much of an effect on Planet Earth.

Of course, such a prodigious distance also means that ASASSN-15lh actually went supernova 3.8 billion years ago.

The star was so far away from our planet that it took billions of years for the light from the supernova to reach us.

It’s mind boggling to think about. But in a way, the same can be said of many of the financial risks that we face.

Consider the exploding star of Social Security, one of the largest and most important pension programs in the world.

Literally tens of millions of people depend on it.

The Social Security Administration itself reports that 62% of recipients rely on the program for at least HALF of their income.

And further research by the Center on Budget and Policy Priorities (CBPP) shows that, without Social Security, 22.1 million Americans would fall below the poverty line.

Needless to say, major cuts to the program would have nuclear effects.

And yet, year after year, the Social Security Board of Trustees publishes an annual report that describes the program’s terminal financial challenges in excruciating detail.

They mince no words in plainly stating that Social Security pays out far too much money, and takes in far too little.

According to the 2017 Trustees report, “Trust Fund reserves become depleted in 2035.”

They’re practically giving us a date that we can circle on a calendar and mark “End of Social Security.”

The Trustees go on to lightly propose solutions, including an “immediate and permanent reduction” in benefits to all current and future Social Security recipients.”

We’re talking about politicians at the highest levels of government who are telling us that Social Security is running out of money… and calling for an immediate and permanent cut in benefits.

Given the tens of millions of people who depend on the program, the consequences of either scenario would be catastrophic.

Sadly, this is not a new problem. The Trustees have been screaming for years that Social Security’s finances are unsustainable.

Yet year after year, the problem was ignored… which brings the end-game one year closer, and the ultimate solution that much more painful.

The star exploded years ago. But it will take until 2035 for everyone to realize it… though frankly it could be sooner than that.

People are living longer than ever before– the average life expectancy in the US is a full EIGHTEEN YEARS longer than it was when Social Security was conceived back in the 1930s.

This means that Social Security will have to pay out more money to more recipients for much longer than they’ve ever had to pay before.

This will be an enormous cost to the program.

Simultaneously, despite all the celebration of the low unemployment rate in the US, the Labor Force Participation Rate is still near a multi-decade low.

This means that there are fewer people in the work force who are actually paying in to the Social Security System.

According to its own projections, Social Security requires 3 employed workers to support one retiree.

And they watch this worker-to-beneficiary ratio very closely.

So if you look at the big picture, a growing number of beneficiaries is being supported by a declining number of workers.

Yet the collective response is to simply ignore the problem… or outright refuse to believe it, as if this is some crazy conspiracy theory.

This isn’t a theory.

It’s simple arithmetic based on government data, backed by the same conclusions reached by the Treasury Secretary of the United States.

Now, the bad news is that none of us can actually fix Social Security.

And we sure as heck can’t convince someone to prepare for a problem that they refuse to acknowledge.

But we can easily do something about it ourselves.

After all, this is one of those MAJOR problems we’ve been talking about– and one that can easily be avoided.

The good news is that many of the solutions haven’t changed with the new tax law.

You can still establish, for example, certain self-directed IRA structures or a solo 401(k).

These structures not only dramatically increase your contribution limits (to more than $50,000 annually), but also vastly expand the universe of investment options– real estate, cryptocurrency, private equity, etc.

So ultimately you could save more, and earn more, for your retirement.

The Social Security star has already exploded. But it will take the light another 15+ years to reach us.

That’s plenty of time to prepare for anyone with the right education and the will to act.

And to continue learning how to ensure you thrive no matter what happens next in the world, I encourage you to download our free Perfect Plan B Guide.