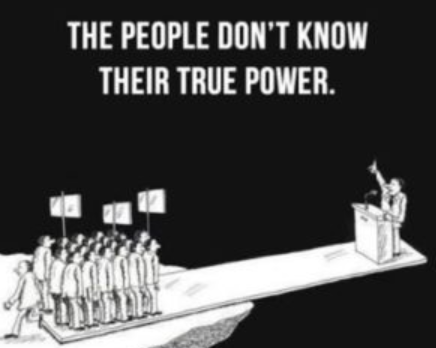 In 2017, I wrote a lot about how dangerously centralized our political system in the U.S. has become, and how we need to decentralize governance in order to restore power, liberty and policy experimentation to the local level. This notion that a sprawling and culturally diverse nation of 325 million individuals should constantly battle to the death over the ring of political power in Washington D.C. so as to impose their view on the other half of the country which completely disagrees is patently ludicrous. States, and even metro areas themselves, should be making most of the important decisions that impact their citizens’ lives on a day to day basis.

This isn’t complicated. People who live in Boulder, Colorado such as myself have a very distinct worldview on most things from the average resident of let’s say Houston, Texas. This isn’t to say one is superior to the other, we’re just talking generally different mindsets and cultures. The residents of these distinct places should be able to express themselves via policy in a way that most fits the desires and values reflective of these particular regions. While this does happen to some degree, all U.S. citizens are still beholden to the whims of centralized political power in Washington D.C. to a very unhealthy and dysfunctional degree.

One of the worst side effects of centralized power in Washington D.C. is most Americans waste all their political energy speculating on, or rooting for, who will be elected the next supreme ruler (President) every four years. This is such a gigantic waste of time and energy, but one reason it happens is because the U.S. has an imperial Presidency these days. The executive simply acts in a manner that the founders had never intended, and the other branches of government (legislative and judiciary) permit it.

Congress deserves a huge part of the blame, as its members intentionally refuse to exercise their Constitutional duty to handle war. Our so-called “representatives” consistently just allow the President to do whatever they want when it comes to the exercise of state violence abroad, whether that President is George W. Bush, Barrack Obama, or Donald Trump.

It’s absolutely pathetic that less than two weeks into the new year, all I heard about yesterday was how Oprah might run for President two years from now. Think about how insane a society has to be (in light of all of our enormous current problems), to start already manically obsessing about who could be our savior if we just vote properly in 2020. Didn’t the Presidency of Barrack Obama, who said all the right things but coddled the plutocracy for 8 years straight teach you anything?

It’s not just Oprah though. Last summer we learned Hamptons oligarchs had already decided Kamala Harris (more than three years before the next Presidential election) would be their pick for the Democratic nominee in 2020. Primary voters need not apply.

Naturally, Mark Cuban chatter never goes away either, as I pointed out the other day.

Meanwhile, what do Oprah and Cuban have in common? Both billionaires, just like Trump. Is that the future the plutocrats have planned for us? Groveling for a new billionaire dear leader every four years? Sorry, but I have too much respect for myself to ever do that. I’m done playing this childish game.

The spark that inspired this post was actually a tweet I sent out this past weekend. Its reception was very encouraging and told me that a lot of people around the world are coming to a very similar conclusion. This is really important because we can’t change things until we realize how completely ridiculous our current paradigm is.

People who crave power are always trying to convince you we need a leader.

We don’t need a leader. We need billions of leaders. We need decentralized networks, not hierarchies.

Here’s the big secret. Human beings create the world we live in. Nothing about our governments or economy are provided to us by nature or the divine. The insufferable centralized hierarchies we live under were created by other humans that came before us, and are aggressively propagated by those currently in power. There’s absolutely no reason we need to accept these systems as permanent or perfect.

Looking for a savior in a President is a slave mentality. We need to stop being slaves. Oprah, Trump, Mark Cuban, it doesn’t matter. Nobody is coming to save you. It’s time to grow up. The real power resides in ourselves.

The world of the future will be the world we create. If we want that world to be vastly better we need to stop looking outside of ourselves for the answer. We need to look inward, find our strength and get to work. If you expect someone else to come in and fix things you’ve already lost. 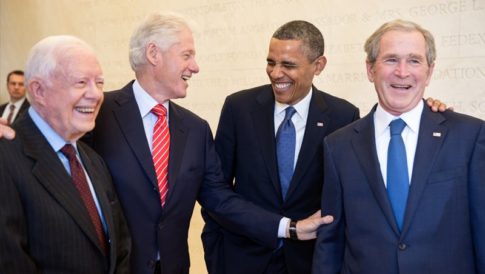 Deep bow to your master: 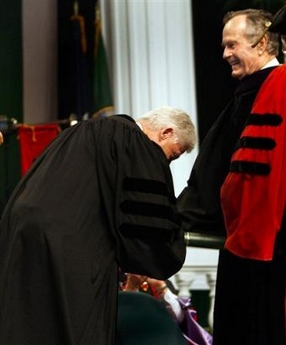 And then I said: “The sheeple still believe that Presidents get elected.” 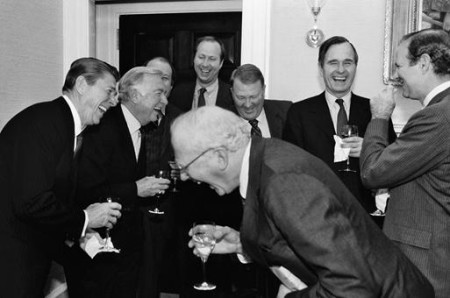