– Chicago Commissioner Pleads With UN To Deploy Foreign Troops On US Soil:

Under the guise of stopping violent crime, a County Commissioner in Cook County, Illinois, went to New York City late last week to request that the United Nations deploy foreign troops in Chicago to tackle the city’s “quiet genocide.”

Perhaps, the geopolitical instability on the Korean Penisula and in the Middle East is just one giant distraction. The real action is currently unfolding in America’s out of control inner cities, such as Chicago. There is a pattern emerging across the United States, where inner cities such as Atlanta, Baltimore, Chicago, Cleveland, Detroit, Oakland, Mephesis, and St. Louis are experiencing out of control violent crime with local officials paralyzed.

Earlier this year, President Trump threatened Chicago with sending in the Feds, after crime statistics warned of an alarming surge in violent crime.

Some politicians in Chicago have recommended deploying the National Guard to aid in combating gun violence, but Cook County Commissioner Richard Boykin went straight to the United Nations last week and pleaded with Oscar Fernandez-Taranco of Argentina, the U.N. Assistant Secretary-General for deployement of foreign troops on United States soil. Boykin is seeking international assistance with “horrific levels of shootings” and violent crime mainly on the West Side and South Side communities.

Boykin said at O’Hare International Airport on Thursday, “I’m hoping to appeal to the U.N. to actually come to Chicago and meet with victims of violence, and maybe even possibly help out in terms of peacekeeping efforts, because I think it’s so critical for us to make sure that these neighborhoods are safe.”

Boykin told Inc. before his meeting, “the United Nations has a track record of protecting minority populations. There was tribal warfare between the Tutsis and the Hutus in Africa, and they deployed peacekeeping troops there to help save those populations and reduce the bloodshed.”

“We have to do something — black people in Chicago make up 30 percent of the population but 80 percent of those who are killed by gun violence,” he added.

Courtesy of stats from HeyJackAss!, here’s a quick recap of “what the hell is going on in Chicago.”  In aggregate, 3,451 people have been shot so far in 2017, or roughly 1 person every 2.4 hours, and 651 have died from there injuries.

Per the chart below, the violent crime is a persistent cloud over the city of Chicago with shootings and murders happening on a daily occurrence.

Meanwhile, this long-term chart shows why Boykin has met with the United States for the assistance of foreign troops to occupy Chicago. It’s the sheer velocity in homicides in recent years which has local officials frightened. 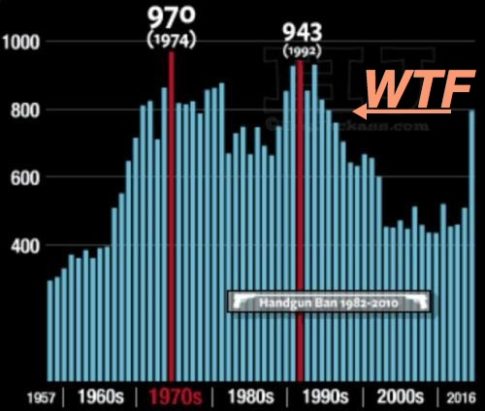 And lastly, “we can’t wait until the mayor comes up with another 1,000 police to try to make the streets safer. Quite frankly, the people want to be safe right now in their homes and their neighborhoods, and we want to make sure that they’re safe,” Boykin said.

Meanwhile in Maryland, just outside the hellhole which is known as Baltimore, an entire unit of heavily armed United Nations vehicles sits behind a mysterious Kellogg Cereal Plant (as of September 2017).