North Korea would NOT take down the entire country with an EMP attack, unless…. 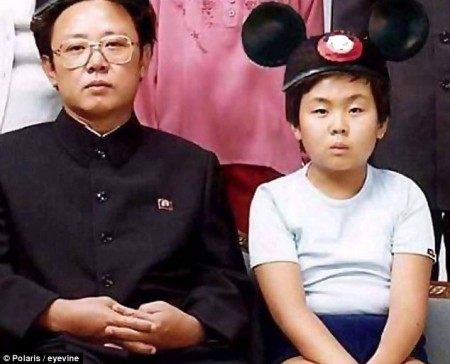 … is getting triggered to do so, leading to North Korea getting wiped off the map.

That said, TPTB have a financial collapse, civil war and WW3 planned for all of us. 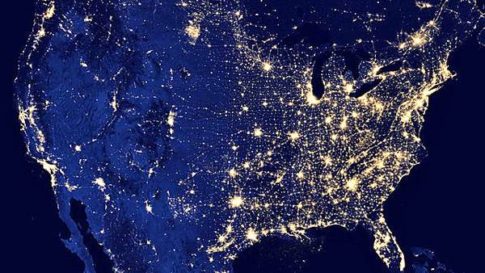 – North Korea can now kill off 90% of the U.S. population with a single warhead that doesn’t even need to survive atmospheric re-entry:

North Korea has now demonstrated the ability to launch an ICBM on a trajectory sufficient to deliver a nuclear warhead to any city in the United States of America. Even worse, the rogue nation already possesses EMP weapons technology that can be detonated at altitude — above the atmosphere — to destroy practically the entire U.S. power grid in an instant.

We’ve warned readers about this scenario for years, and now it has become a real threat. The book, “One Second After,” fictionalized the aftermath of such a scenario, and several courageous whistleblowers have tried to warn the U.S. government to upgrade the national power grid to resist such an attack, but such warnings have so far fallen on deaf ears in Washington D.C.

Until North Korea’s current regime is eliminated or neutralized, all Americans are now at extreme risk from both an EMP attack or direct nuclear weapons (which may even include hydrogen bomb capabilities that are vastly more powerful than mere atomic bombs).

Analysis by Michael Snyder, a man we need to send to Washington

Michael Snyder, author of The Economic Collapse Blog, is running for U.S. Congress. He has offered a detailed analysis of the EMP threat posed by North Korea, and I couldn’t have detailed it any better. So below, I’m reprinting his analysis in full. Read his original post at this link.

This is why North Korea’s test of an intercontinental ballistic missile is so important.  North Korea had test fired a total of 22 missiles so far this year, but this latest one showed that nobody on the globe is out of their reach.  In fact, General Mattis is now admitting that “North Korea can basically threaten everywhere in the world”, and that includes the entire continental United States.  In addition to hitting individual cities with nukes, there is also the possibility that someday North Korea could try to take down the entire country with an EMP attack.  If the North Koreans detonated a single nuclear warhead several hundred miles above the center of the country, it would destroy the power grid and fry electronics from coast to coast.

I would like you to think about what that would mean for a few moments.  Suddenly there would be no power at home, at work or at school.  Since nearly all of our vehicles rely on computerized systems, you wouldn’t be able to go anywhere and nobody would be able to get to you.  And you wouldn’t be able to contact anyone because all phones would be dead.  Basically, pretty much everything electronic would be dead.  I am talking about computers, televisions, GPS devices, ATMs, heating and cooling systems, refrigerators, credit card readers, gas pumps, cash registers, hospital equipment, traffic lights, etc.

For the first couple of days life would continue somewhat normally, but then people would soon start to realize that the power isn’t coming back on and panic would begin to erupt.

The intercontinental ballistic missile that North Korea just launched traveled almost 1,000 kilometers and reached a maximum altitude of 4,500 kilometers.  We have been told for decades that this would never be allowed to happen, but now it has happened…

This is concerning for one big reason: according to General Mattis, the North Korean ICBM “went higher, frankly, than any previous” and “North Korea can basically threaten everywhere in the world.” This was confirmed by North Korea missile analyst, Shea Cotton, who cited Allthingsnuclear author David Wright, and who told the BBC that the initial estimates of the ICBM test mean that North Korea can now reach New York and Washington DC.

If we had been working hard to develop our anti-missile technology all these years, this wouldn’t be a problem.

But at this point we are way behind the Russians in this regard, and there is a very real possibility that a missile launched by the North Koreans could make it through the very limited anti-missile defenses that we do have.

Once upon a time, discussions about a North Korean EMP threat were mostly hypothetical, but now that has completely changed.  North Korea has clearly demonstrated that they are able to deliver such an attack, and last September Kim Jong Un publicly admitted that North Korea intended to develop this capability…

But most reporters missed a key threat that appeared at the bottom of Kim’s public statement, when he bragged that North Korea had harnessed “a multi-functional thermonuclear nuke with great destructive power which can be detonated at high altitudes for super-powerful EMP (electromagnetic pulse) attack according to strategic goals.”

So now we know. Launching an electromagnetic pulse attacks against its enemies is one of North Korea’s strategic goals. And for North Korea, the United States is the top enemy.

And like I said earlier, all it would take would be a single well placed nuclear detonation to fry electronics from coast to coast.  The following comes from the Daily Mail…

Theoretically, a sufficiently powerful bomb detonated at an altitude of 249 miles would wipe out all electronics in the US, save the southernmost top of Florida and the easternmost states – as well as affecting Canada and Mexico.

Without power, nothing would get distributed.  That means that very rapidly there would be no food, no water and no medicine available in your community.  An article posted by Fox News this week used the term “post-apocalyptic” to describe what we would be facing…

It all starts to sound very post-apocalyptic when you realize this means no lights or other electric-powered devices in homes and businesses, no water filtration, no regional food hubs, no transportation grid – none of the things we take for granted in modern civilization.

Like I stated earlier, things would be relatively fine for a few days, but then once everyone realizes that the power isn’t coming back on there would be chaos on a scale unlike anything we have ever seen before.  The following comes from an article by Mac Slavo…

The first 24 – 48 hours after such an occurrence will lead to confusion among the general population as traditional news acquisition sources like television, radio and cell phone networks will be non-functional.

Within a matter of days, once people realize the power might not be coming back on and grocery store shelves start emptying, the entire system will begin to delve into chaos.

Within 30 days a mass die off will have begun as food supplies dwindle, looters and gangs turn to violent extremes, medicine can’t be restocked and water pump stations fail.

So what kind of a “mass die off” would we be talking about?

Well, some of the top experts in the field believe that “up to 90 percent of all Americans” could end up dead if the power outage lasted long enough…

William Graham, chairman of the former EMP commission and its former chief of staff, Peter Vincent Pry, warned the hearing that such an attack could “shut down the US electric power grid for an indefinite period, leading to the death within a year of up to 90 percent of all Americans.“

Others believe that the figure would be lower, but pretty much everyone agrees that the death toll would be in the millions.

This is one of our greatest strategic vulnerabilities, and our power grid could be hardened against an EMP attack for just a few billion dollars.  This is something that I am pushing very hard for, but right now it is just not a priority for our leaders in Washington.

In fact, they have actually pulled funding from the commission that was looking into the EMP threat…

On Sept. 30, the Congressional Commission to Assess the Threat of Electromagnetic Pulse to the United States of America shut its doors after a failure to secure funding from Congress.

Sometimes I find it difficult to come up with the words to describe how incredibly foolish Congress is being.

An EMP attack is a greater threat than ever before, and yet Congress didn’t even want to come up with a little bit of funding for the commission that was working on a plan to protect us.

This is yet another example that shows that we need new leadership on Capitol Hill, because right now the people that we have “representing” us in Washington seem to be completely and utterly clueless about almost everything.

Michael Snyder is a Republican candidate for Congress in Idaho’s First Congressional District, and you can learn how you can get involved in the campaign on his official website. His new book entitled “Living A Life That Really Matters” is available in paperback and for the Kindle on Amazon.com.

1 thought on “North Korea can now kill off 90% of the U.S. population with a single warhead that doesn’t even need to survive atmospheric re-entry”