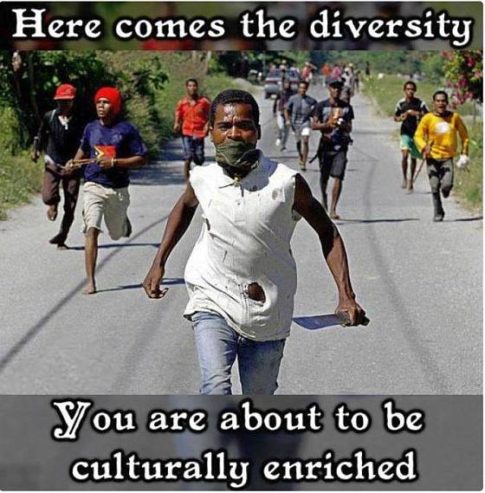 The area around the Alexanderplatz metro in Berlin has become a centre for migrant youth gang violence and drugs, leaving the police to lose control and the district to demand more resources to fight the lawlessness.

The situation around Alexanderplatz has rapidly deteriorated due to the ongoing fights between rival migrant gangs from Afghanistan, Iraq, Syria, and North Africa.

The local government has decided to increase the police presence in the area by building a  new police station and hiring two social workers to encourage the young migrants not to commit crimes, but some are sceptical of the move, Berliner-Kurier reports.

The left-wing coalition government plan is to hire the two social workers to act as contacts and look after the young migrant men during the day. Also planned is a small new police station which is to be set up at the construction site near the metro station.

Some, like conservative Christian Democratic Union (CDU) politician Stefan Evers, are less optimistic about the efficacy of the plans. Evers, who is the CDU’s city development policy spokesman, said: “A new police station and social workers alone will not solve the problems at Alexanderplatz.”

Germany has so far been mostly able to avoid the rise of no-go zones in its larger cities, but new trends show migrant enclaves forming in various cities across the country. In North Rhine-Westphalia, police say that Lebanese gangs have made some neighbourhoods difficult to almost impossible to effectively police.

Earlier this year, German Police Union Chief Rainer Wendt warned that there is a real possibility of no-go zones forming in the country saying that if crime is not properly tackled, the country could see a rise of “police-free zones in Germany”.

Wendt added that 2017 “must be a year of law enforcement. And indeed there must be consistent law enforcement for those who believe they do not have to stick to the laws in Germany.”