– Migrant Rape Attacks Up 91 Per Cent in Bavaria This Year

– Swedish journalist inquires into rape of 12 y/o girl. Police: ‘We can no longer cope with scale of sexual violence’ (Video)

– Germany: Woman raped by “Southern type” in park while jogging. Police says women should no longer jog by themselves

Four asylum seekers have been arrested by police in Dessau, Germany after being suspected of gang raping a 56-year-old woman on the grounds of a former vocational school last month.

The attack occurred last month on August 16th, according to the victim, who said she was assaulted by four men she described as having a dark skin colour. This week police arrested four men between the ages of 18 and 21, all from Eritrea, in the German regions of in Saxony-Anhalt, Baden-Wurttemberg and Mecklenburg-Vorpommern, Mittledeutsche Zeitung reports.

Though police have confirmed that all the asylum seekers have been arrested and transferred to various correctional facilities, they have been tight lipped on the details of their identities.

According to reports, the 56-year-old woman was gathering bottles in the centre of the city around midnight. The four migrants approached her saying they knew where she could find a lot of bottles. They led her to the former school where they took turns brutally raping her to an extent she was hospitalised for several days afterwards.

Commenting on the case, local police officer Ralf Moritz said “The case had caused great unrest in the city,” adding, “We are glad we now have four suspects.”

Sources claim that two of the migrants live in Dessau, but it is unknown why the other two migrants came from, having had to travel several hours to get there.

The incident may also be related to the rape of an 89-year-old a day later. The elderly woman was assaulted in her apartment by three men who police also suspect of being from Eritrea.

Migrant sex attacks have become a national problem in Germany and have risen sharply since the height of the migrant crisis in 2015.

The most notorious case, the rape and murder of German student Maria Ladenburger, shocked the country. The alleged rapist, a migrant from Afghanistan, is currently on trial for the crime and has already admitted that he lied about being underage to get better treatment from German authorities.

Migrant gang rapes are much rarer but notable cases have occurred in Austria, and Sweden, where some have estimated that migrants are involved in nine out of ten gang rape incidents. 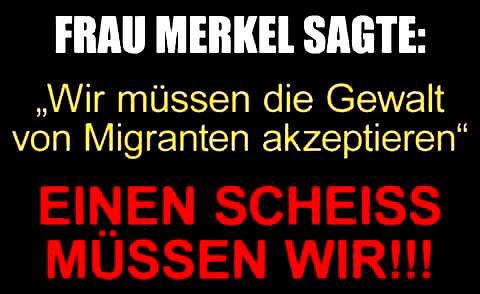