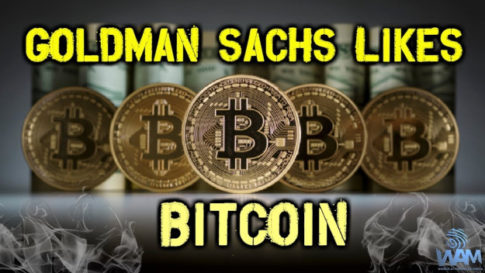 – Bitcoin in an Illusionary Age:

It is altogether fitting that crypto currencies, in particular Bitcoin, have witnessed a meteoric rise in this illusionary age.

Not only has their monetary value gone to dizzying heights, but they are now being touted as the destroyer of the current, crumbling monetary order and the next paradigm upon which a new money and banking system will emerge.

In an era where sacrifice, hard work, loyalty, ingenuity, tradition, and independent thought are considered anathemas, while affirmative action, sloth, effeminacy, office seeking, and something-for-nothing schemes are endemic in every walk of life, it is not surprising that non-tangible, computer-generated currencies would become a “natural” feature of such a world.

While it has always been a haven for charlatans, traitors, cheats, thieves, liars, and serial adulterers, contemporary political life has become even more of a sham.  The most glaring example of politics’ utter corruption can be seen in the recent departed chief executive officer of the US.  Unless one abandons all critical thinking, Obummer was unqualified to be president because of the obvious fact that he was not born on American soil.  Not only did this disqualify him, but his educational and professional backgrounds have not been verified.  Neither his collegiate records nor his supposed teaching career at the University of Chicago Law School have ever been exposed to public scrutiny.  From the few utterances he has made about his supposed specialty – constitutional law – it appears that he has only a rudimentary knowledge of the subject.

Cultural life has descended to the basest of levels and has abandoned nearly all of Western Civilization’s glorious achievements.  Consider music.  The dominant form of what passes as music today is not the works of the great maestros of the past – Bach, Mozart, Beethoven – but instead, noise in the form of rock, hip hop, rap, grunge, or whatever the latest degenerate trend is in vogue.

Modern democracy is also a fallacy.  Being sold to the masses as a system where the people rule and personal liberties are guaranteed, democratic governance is anything but, and has instead been craftily used by the elites to amass state power to an unprecedented extent not witnessed in human history.  The much maligned monarchial age even during its “absolutist phase” could not come close to the scope and intrusiveness that democratic governments possess today.

Religion, too, is not immune from its share of hypocrisy.  Not only is the supposed head of the Catholic Church a manifest heretic who almost daily blasphemies the Divine Majesty, but he is not qualified to occupy the august chair in which he sits.  Jorge Bergoglio was neither ordained as a priest nor consecrated as a bishop in the traditional, Apostolic rite of Holy Orders.  He is, therefore, an imposter not a priest, nor the bishop of Rome, and scandalously not a true pope.

Now enter crypto currencies.  Not only will they never become money – a general medium of exchange – as gold and silver once were and will become once again, but cryptos lack the necessary requirements to be money.  Yet, their “development” is systematic of the times.  Cryptos are another variant of fiat currencies which digitally can be created by a stroke of a computer key or in cryptos’ case, a code.

Gold and silver – real money – must be mined from the ground, minted and “marketed” before they can be used to facilitate exchange.  This is an arduous, capital-intensive process which takes resources, labor, and time to accomplish.  Something as important as money should require an elaborate procedure not be created out of thin air as are all fiat currencies as well as cryptos.

Money must originate as a tangible, sought-after commodity – the great Misesian insight that crypto enthusiasts do not know or do not understand – then, over time, be recognized as having a “second feature” as a good sought after for “exchange value.”  Once a good is demanded for its use primarily to facilitate exchange, it then becomes a “money.”

In a fundamental sense, crypto currency cultists are rebelling against the natural order of things.  The precious metals were created in their quantity and quality by Divine Wisdom for a purpose – to act as money.  While governments have habitually corrupted the monetary order through coin clipping, fractional-reserve banking, and other nefarious schemes, it does not undo this primordial fact.  It is for the intellectually honest opponents of monetary chicanery to point this out and decry all governments and banksters’ attempts to eradicate gold and silver as money, not attempt to create another unnatural and false monetary order that mirrors the current fiat system.

Money, like all other institutions of society, will reflect its belief system.  Decaying cultures will most likely have debased monetary units.  A turnabout in the status of money will only happen when Western Civilization returns to what money is – gold and silver – and abstains from trying to create illusions of it through computer software schemes.