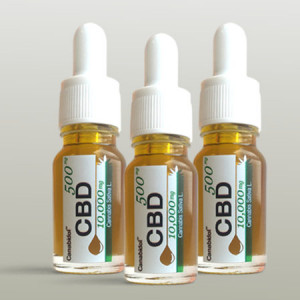 Fast forward to 2016 and a great deal is now known about the therapeutic value of cannabinoids, such as CBD oil and its role in treating illnesses.

Medical research has shown CBD oil is effective in treating a wide range of common diseases in the West such as heart disease, diabetes, obesity, depression, chronic pain, fibromyalgia, MS and a whole host of others.

It also contains low levels of THC so it doesn’t have the psychotropic effects associated with cannabis. In other words, it won’t make you high!

Let’s take a look at how CBD oil can be useful in treating specific ailments.

Research published in the NCBI journal (National Institutes of Health) shows that cannabinoids are effective in reducing pain that does not respond to conventional medical treatment.

This is because cannabinoids contain analgesic and anti-inflammatory properties that can help to soothe symptoms associated with illnesses such as multiple sclerosis, fibromyalgia and nerve damage.

It also relaxes the muscles, which helps to reduce cramps.

Various studies show that cannabinoids are effective in triggering cell death, through a mechanism called apoptosis and preventing metastasis (the spread of cancer cells).

It also stops cells from dividing and inhibits blood vessels from growing into new tumours, according to findings published by the journal Nature Reviews Cancer and the National Institutes of Health.

The studies also showed that the best results were produced by purified THC or CBD.

This means that CBD oil is the most effective when it comes to treating a wide range of cancers.

Those with diabetes have higher fasting insulin levels and insulin resistance, as well as low levels of high-density lipoprotein cholesterol (HDL-C).

However a study published in the American Journal of Medicine showed that CBD oil is effective in lowering fasting insulin levels, as well as reducing levels of insulin resistance and increasing levels of HDL-C.

Not only does this help to treat diabetes, it can also prevent the disease as well. By helping to reduce the blood sugar, CBD oil can help to lower BMI and aid weight control.

It also regulates the endocannabinoid system – a group of endogenous cannabinoid receptors located in the mammalian brain and throughout the central and peripheral nervous systems.

Researchers believe it has a general regulatory effect which helps the body to stay at a healthy weight.

The effectiveness of CBD oil in reducing cell death, which contributes to heart attacks has been well documented. It also lowers inflammation and improves heart function, according to a study published in the NCBI journal.

Depression is a condition that wrecks the lives of millions. Unfortunately, conventional antidepressants often take a long time to work and come with side-effects, one of which is suicidal thoughts!

However, CBD oil has been shown to boost the production of glutamate and serotonin in the body, which can help to significantly reduce depression and has a beneficial effect on the mood.

The benefits of CBD oil are wide-ranging and the above conditions are just a few of the illnesses that can be treated and significantly improved by the use of CBD oil.

While CBD oil is not a cure-all, scientists have clearly been very successful in proving that CBD oil is in many cases, just as effective if not even more effective in treating some of the most common illnesses in the West.

This is one of the reasons medicinal marijuana is starting to be approved in countries across Europe and also in the United States.

It is also true that mainstream medicine has cured very few diseases and often causes severe side effects.

This is why millions of people all over the world are starting to realise the benefits of CBD oil.

Cannabis and the political climate

In fact, cannabis has been demonised in the media due to its psychotropic effects.

No less than 9 different newspapers in the UK carried a story within the last few days encouraging people to report their neighbours if they suspected they may be using weed.

Another story appeared in the Daily Mail asking whether people should be prosecuted for taking cannabis oil.

These stories were published around the same time Theresa May announced that the government was developing a “new cross cutting drug strategy, working across government and with key partners including commissioners, treatment providers, service users and our independent experts, the Advisory Council on the Misuse of Drugs who identify what further steps we can take to tackle this issue.”

Her statement was in reply to Lord Monson, of Burton in Lincs, who lost his youngest son, Rupert Green, 21, to Skunk on January 23 this year.

Lord Monson said: “I didn’t know what the difference between skunk and cannabis was,” he said. “I thought skunk was just a generic word the young use for cannabis. I assumed it was just a rite of passage. It was only when he became mentally troubled and said he was going to commit suicide that we realised how serious it is.”

He is now campaigning for the legalisation of less potent forms of cannabis in the hope that it will eradicate the black market for Skunk and generate tax revenue for cannabis with lower THC levels.

Akashic Times is the UK’s only online, fully independent not-for-profit newspaper that brings you real news from across the globe.

If you want to keep ahead of what is really going on in the world, subscribe to our newspaper via the subscribe button and join our Facebook & Twitter pages. Subscription is completely free ofcourse